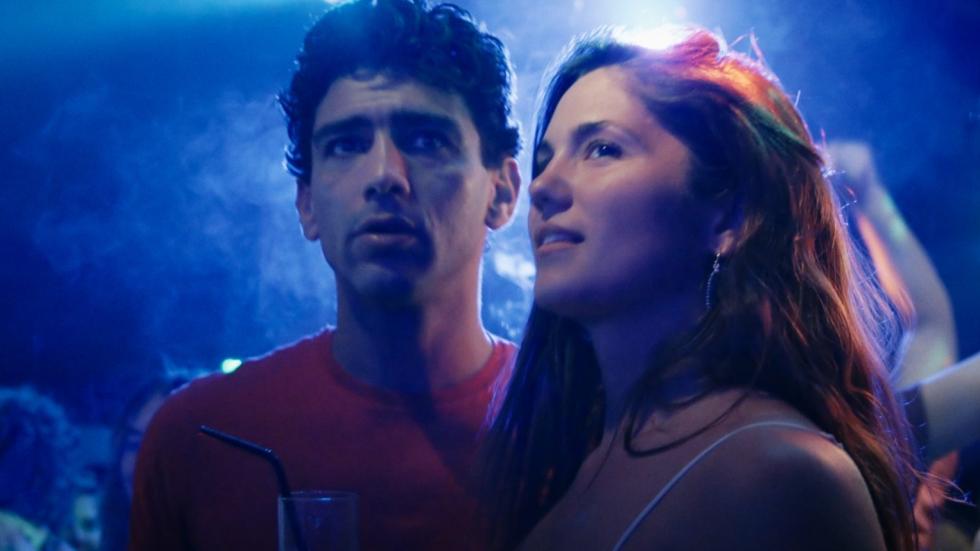 KECHICHE AND NEMES VS. THE FEMALE GAZE

Few filmmakers have achieved the relevance that Abdellatif Kechiche achieved with 'Blue is the Warmest Colour': the Palme d’Or in Cannes and the inevitable controversy (which a large part of the better cinema usually, and should, generates) put him in a privileged position in European cinema. So it’s undeniable that the premiere in Spain within the #15FestivalSevilla of his new film, 'Mektoub, My Love: Canto uno', is a real event. A new example of the filmmaker’s liking for sensuality and beauty in images, the film will be shown in the Official Section Out of Competition in a session that will be rounded off with a talk in which Kechiche will take part. Also, during the closing gala, he will receive the Honorary Giraldillo for a career that includes successes (winner of of the Cesars) such as  'L’esquive' (2003) or 'La graine et le mulet’ (2007). 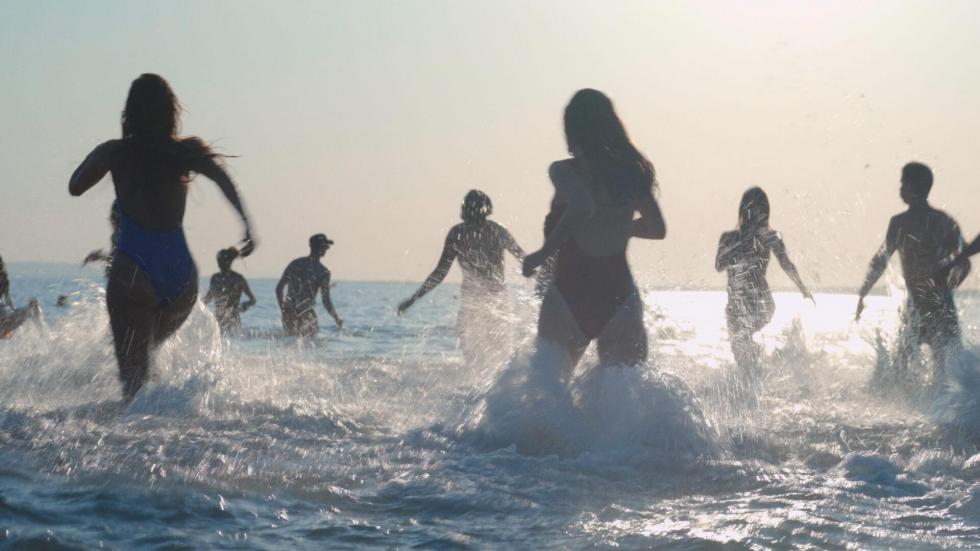 Another filmmaker who has made an impact, in his case with just one feature film, is László Nemes. With 'Son of Saul' he reinvented the way of telling about the Nazi Holocaust with a radical striking proposal, and was rewarded with very many awards (among others, the Oscar, the Golden Globe and the Grand Jury Prize in Cannes 2015). The Hungarian filmmaker now arrives in Seville to bring his second feature film to the Official Section. 'Sunset' portrays the twilight of the Austro-Hungarian Empire and the outbreak of the First World War, through the journey by a young woman seeking to recover emotional and family links in the social chaos of Budapest at the start of the 20th century. Presented at the Venice Festival, where it won the Fipresci Award, ‘Sunset’ again relies on immersion and the use of the subjective gaze, with a camera that never abandons the protagonist, , Juli Jakab. László Nemes, by the way, will present the film and participate in a talk with the public attending the screening. 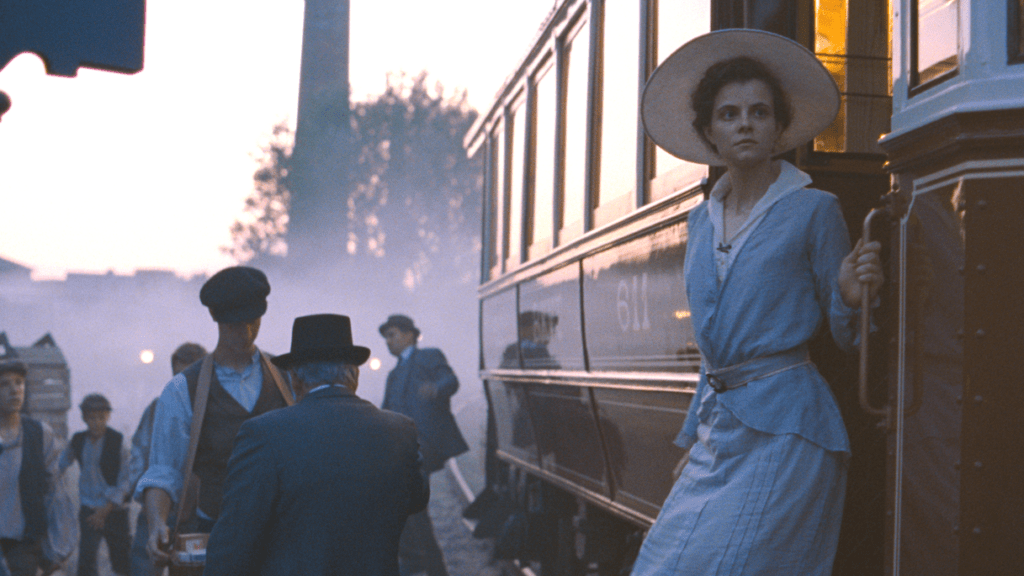 A reminder for the distracted

Thursday will be the day when the more distracted film fans will have to pay attention: two films, both directed by women (who will be present at their respective sessions to introduce their work and talk with the audience), share an identical title: 'M'. In the Official Section, we see the winner of the Special Jury Award, a film that talks about sexual abuse in a very particular environment. The director Yolande Zauberman achieved the feat of bringing her camera into a world of men as hermetic at that of a community of ultra-orthodox Jews near Tel Aviv. 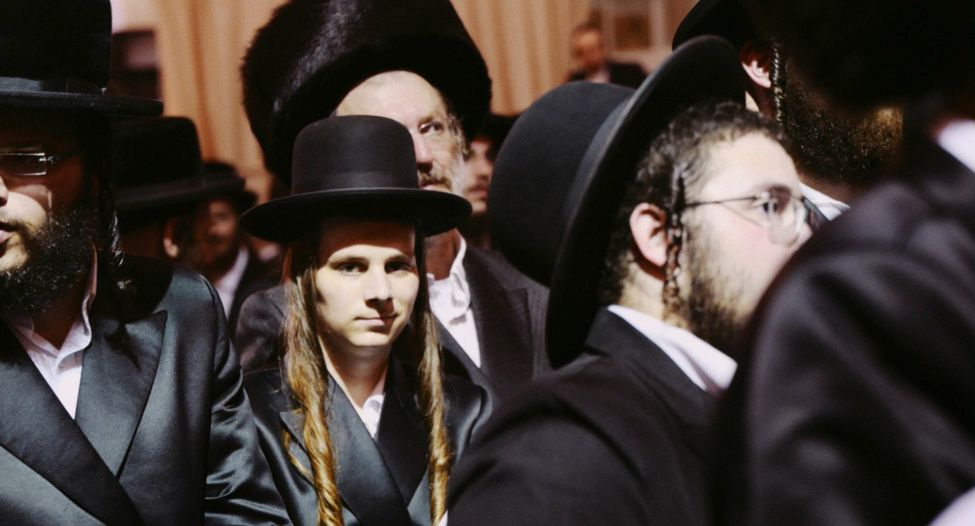 On the other hand, the Endless Revolution section welcomes 'M', by Anna Eriksson: it is a female and very radical feminist look, transmitted through sex. With a long successful musical career behind her, the director makes her debut with a film that traces the convergence between desire and death, Eros and Thanatos, in a sensorial journey in which Eriksson, as well as directing, is protagonist, writer and editor, and she also participated in the wardrobe, set decoration and sound.

The empowering female point of view also shines in three other proposals today: Ioana Uricaru won the Best Director Award at the Sarajevo Festival with 'Lemonade', or the struggle by a Romanian woman to get a green card which will let her live in the United States and be reunited with her son. The film will be seen in Special Screening and the director will participate in a talk with the audience. That is also the case with the Portuguese director Salomé Lamas, who comes to The New Waves-Non Fiction with her latest film, 'Extinçao', a brutal political reflection on the fragmentation of the countries in the communist block which follows a young man loyal to Transnistria, a country that isn’t recognised by the international community. Another radical female gaze is that of María Cañas, who with the medium length film 'La cosa vuestra' (X FILMS Award at the Punto de Vista Festival) makes a surreal and courageous reflection on violence against women and bulls, from a festival like the Sanfermines. The film is part of the Andalusian Panorama and its screening, at which Cañas will be present, will be completed with the short film 'Coplas mecánicas', by Víctor Hugo Espejo.

Sexist violence is also the theme  of 'Sinlavenia', de Julio Fraga: five women in five different contexts, five brave stories with a positive, hopeful gaze, that combine monologues, personal interviews and choreographies. The film will have a special screening in collaboration with Citizens’ Participation from the Seville City Council.

The “other” Spanish cinema, the one that operates on the fringes of the industry and speaks up for freedom and transgression, arrives with two proposals in the Endless Revolutions section: in 'Reunión', Ilan Serruya considers the reunion, long postponed, with his father, with whom he has a lot of wounds to heal. Out of competition we have 'Santos #2. Work in Progress', with which Antón Corbal becomes the shadow of another Galician filmmaker, Oliver Laxe, to study his work methodology, his creative process. Serruya and Corbal will participate in talks with their spectators. 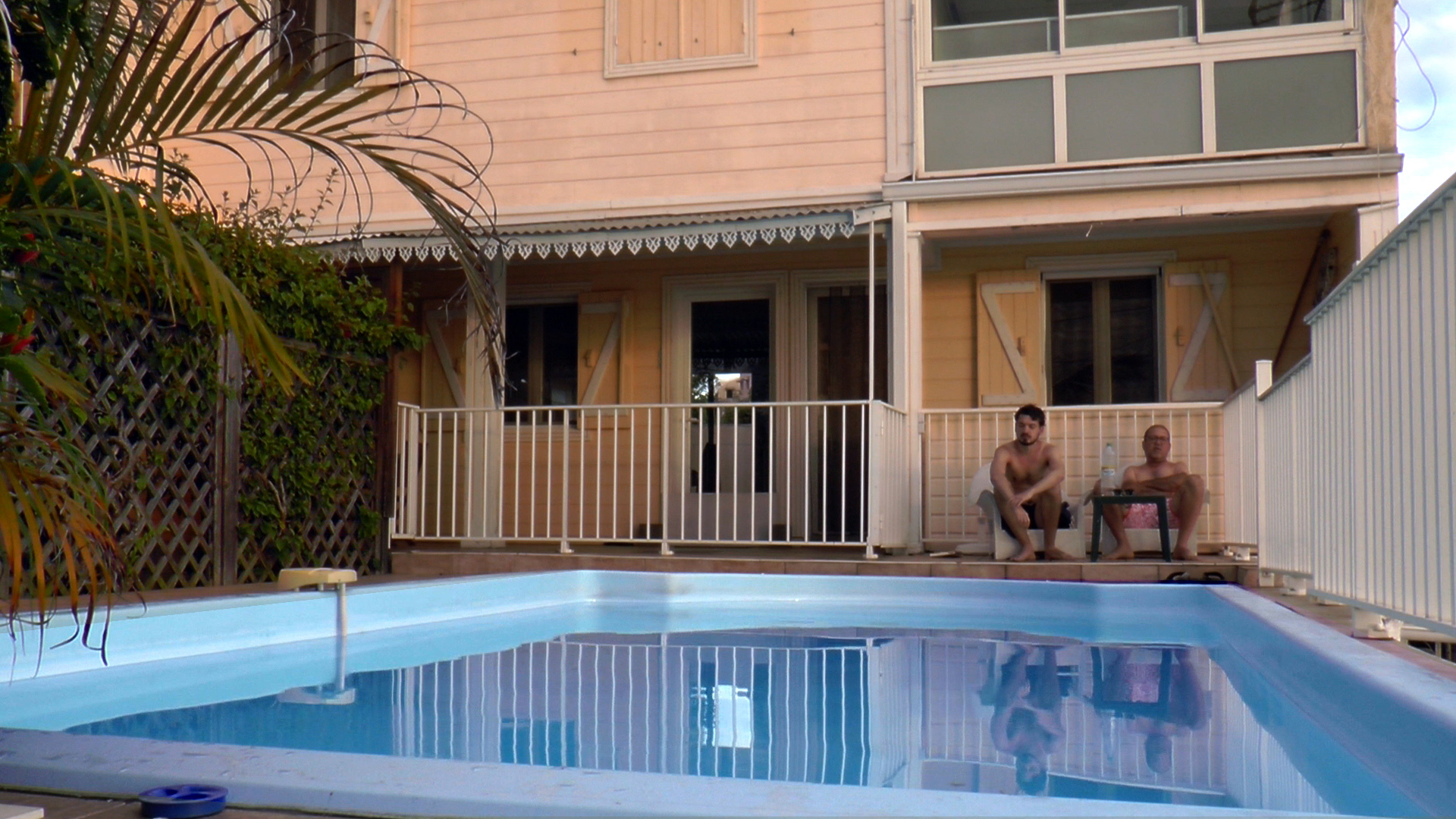 And again in Andalusian Panorama, 'La España Profunda (de Ortega y Gasset a Rocío Jurado), by Isaías Griñolo, mixes poetry, song and audiovisual archives, starting from the work of Juan de Ávalos, the sculptor responsible for the Valle de los Caídos. And 'La búsqueda', by Mariano Agudo and Daniel Lagares, which is a journey through derivatives of a Peru with multiple wounds to heal, 30 years after the confrontation between the State and Sendero Luminoso.

Transgression also comes into play in 'Raiva', by the Portuguese directior Sérgio Tréfaut: an adaptation of a literary classic of his country ('Seara de Vento', by Manoel da Fonseca), the film uses the keys of cine noir to portray rural life in the Portugal of the 50s. In its cast, Leonor Silveira and, in a small role, Sergi López. The film is part of The New Waves, as is 'Sauvage' by Camille Vidal-Naquet, the portrait of a youth who sells his body in the street without losing hope of finding a love that seems impossible.

Emotions and creation go hand in hand in 'Il diario di Angela. Noi due cineasti', a heart-felt film tribute and also a political gesture which the director Yervant Giannikian offers to his late companion and professional partner for decades, Angela Ricci Lucchi, through her personal diaries in which the filmmaker wrote of journeys and projects. 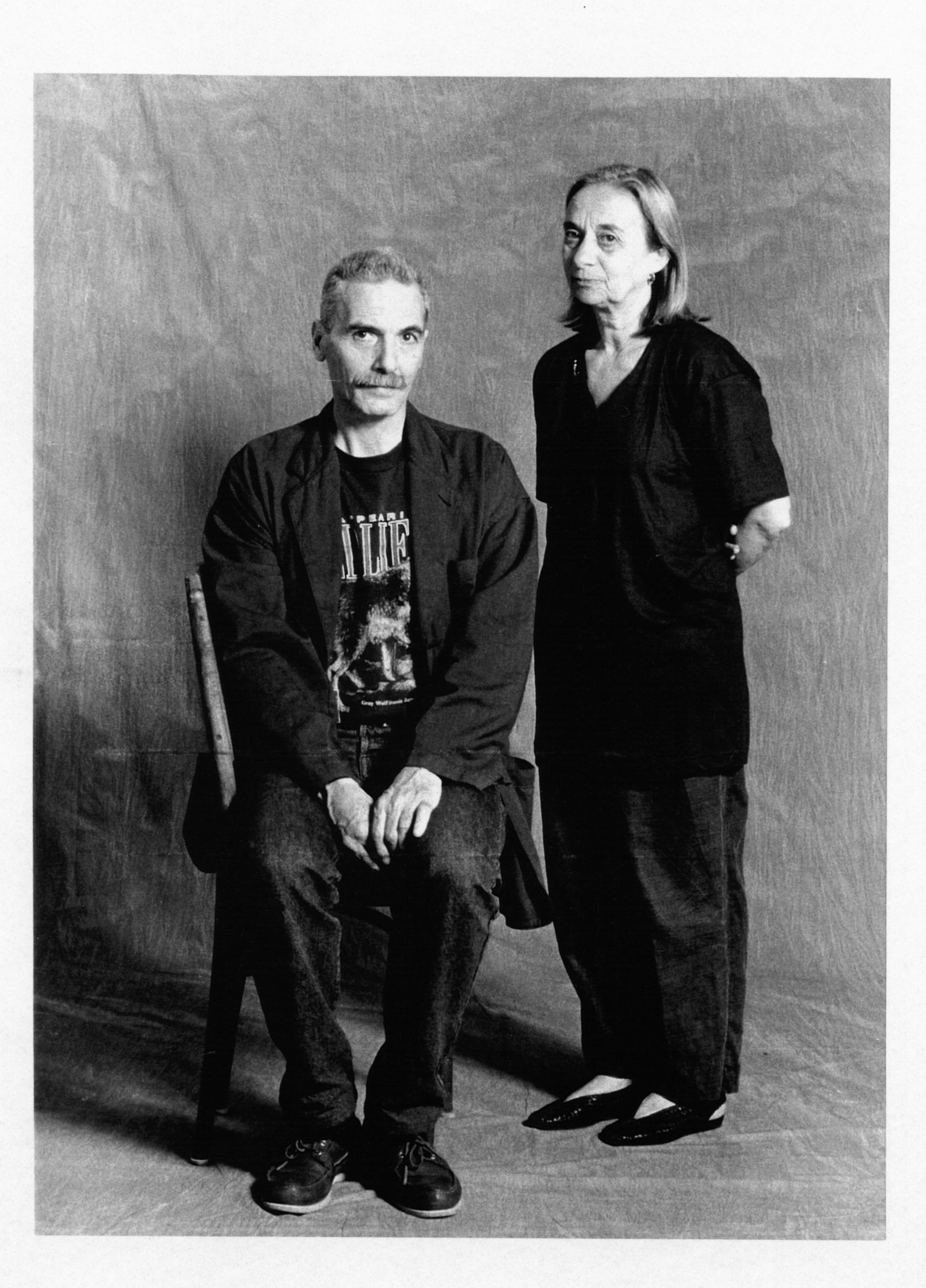 Thursday’s programme will have room for the screenings for students of 'Old Boys', by Toby MacDonald (or a 'Cyrano de Bergerac' transferred to a boarding school in the English countryside in the 80s). And also for the session of Found Rituals, made up by 'Montañas ardientes que vomitan fuego' and 'La umbría'.

It will be time to discover the result of the Seville Festival’s new proposal: offering a platform of visibility to film schools, showing their creativity and formative activities, the section A Young Continent will show two titles promoted by European centres and universities. On the one hand, from the Filmuniversität Babelsberg Konrad Wolf, the oldest and most important in Germany, we have 'The Island', by Lars Ostmann. And from ECAM (Escuela de Cinematografía y del Audiovisual de la Comunidad de Madrid), 'Los Pilares', by Raúl Vallejo, Claudia Negro, Lucía Touceda and Javier Moreno. Both will have their world premiere at the #15FestivalSevilla.

Finally, this Thursday the Festival will host the IMAGENERA Awards for Creation Documentary organised by the Centro de Estudios Andaluces. In a gala at the Lope de Vega, the 12th edition of the awards will be accompanied by the screening of the winning film, the documentary '23 disparos', by Jorge Laplace.

To round off today’s many screenings, there will be some very interesting talks as part of the #15FestivalSevilla: Sudabeh Mortezai, director of 'Joy', will be in the Universidad Pablo de Olavide. Ilan Serruya ('Reunión'), in the IES Néstor Almendros. And Alberto Gracia ('La Estrella Errante'), in EUSA.

And as always, there’s no cinema without action beyond the seats. From 00:30, the Sala X will welcome Equiknoxx feat. Shanique Marie + Dj: Mondongo Boy.