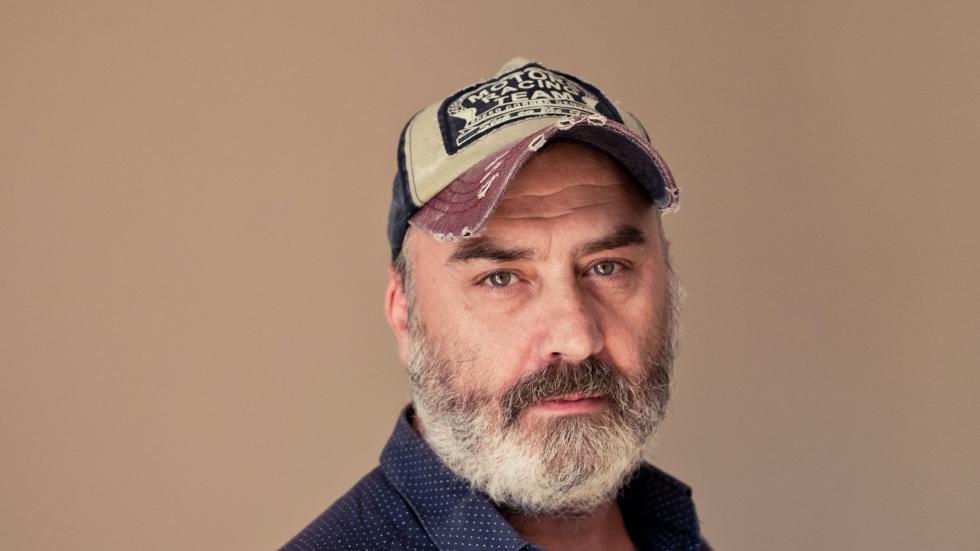 The Seville European Film Festival premieres Billy, a documentary by Max Lemcke that advocates for historical preservation through the portrait of pro-Franco torturer Antonio González Pacheco, known as "Billy the Kid". We interviewed the spirited director

"Opening in Seville, supported by the Festival, will be very important for the film and for those who have participated in it. I just hope it will serve to keep the memory alive. Without memory there is no possible future".  These are the words of Max Lemcke, director of Billy, a documentary that questions the stitches of the Transition, putting the focus on the figure of Antonio González Pacheco, a police inspector from the Social Political Brigade, one of the executing branches of Franco's regime to deactivate any anti-fascist activism.

The title alludes to the alias under which Pacheco was known, Billy the Kid. "It is so called because the documentary seeks to ironize with the legend created by the character himself to highlight a system that was and continues to be held unaccountable. Billy, the original, was a thief, a gunman with a good reputation among his peers. This Billy was an obsessive, a paranoid, a torturer. Let's not forget that he tortured boys and girls who were then between 18 and 22 years old. That was his achievement. He was a bully," explains Lemcke.

The film portrays the Spain of the 60s and 70s, the period of Franco's repression of the workers' and university movements. In this way, the film recalls, for example, the emblematic case of Enrique Ruano, a student murdered in 1969, upon falling from a seventh floor while in the custody of Franco's police, and which the official version masqueraded as a suicide, something that a sentence of the Provincial Court of Madrid ruled out in the mid-90s. It also acquitted the three agents suspected of having killed him due to lack of evidence.

But Billy goes further, and also touches on the violence that continued after the dictator's death. Max Lemcke explains: "Here people have killed each other and a lot during the Franco regime, yet nobody mentions that the Transition was tremendously violent. With hundreds of killings by the armed forces and fascist gangs that have gone unpunished. La calle es mía, by Fraga Iribarne exposes it all".

The film has about twenty testimonies (among others from: Chano Galante, Roser Rius, Lidia Falcón, Josefa Rodríguez 'Asturias' and Francisco Rodríguez Veloso) having in common their youthful activism and their experience in the dungeons of the General Directorate of Security as well as in the sadistic hands of Antonio González Pacheco and his men. These statements give evidence of the extreme cruelty shown by Billy the Kid, who was not prosecuted despite the criminal complaints of some of his victims and the international arrest warrant issued against him by the Argentinean judge María Servini de Cubrín. These voices are united to demand not to forget all that Pacheco represented, skeptical of the possibility of justice.

In addition to abundant archival images, Billy also uses some scenes from 7 días de enero, a film about the Atocha Massacre (an extreme right-wing group murdered five militant lawyers from the CCOO and the Communist Party) which Juan Antonio Bardem shot in 1979, and which featured a policeman based on Billy the Kid. Says Max Lemcke: "Bardem got spiked from the left. No one understood his film. There's also an ignorant left-winger willing to slap you. I'm waiting for them. 7 días de enero is modern cinema. Vista is full of things that can make you creak, but Bardem made it at a time when murderers could be on trial".

In the midst of the political debate and with the Democratic Memory Bill on the table, Max Lemcke's film is as clear as the filmmaker himself: "The law will end up arriving late for many. And we will see that as soon as there is a change of government it will again be without substance, like the previous one. This is the misery of this country. The right wing has not been democratized. It does not assume that the dictatorship that defended its privileges and its beliefs was not the best for the development of the nation. And we remain divided. Polarized. Confronted," he says, without also avoiding criticism of the parties of the left: "When it assumes power, the left is cowardly. We have seen this with the socialists since the 1980s. Now we see it with Unidas Podemos. This country would need to turn over like a sock. With a caveman right and a self-conscious left, it has taken 40 years to bring Franco out of his grave. But we still have streets, squares that honor the dictatorship and its generals. The legacy we are leaving to our children is a sloppy one. It is a worse country than the one we have inherited. We are a generation of fools. We haven't been good for anything. We were given a society with a certain degree of well-being and we have lost it. We have not fought. We have given up."

Billy was made possible thanks to more than 1,300 sponsors who participated in a crowdfunding campaign supported by Ctxt magazine, which participated in the production of the film along with filmmaker Max Lemcke and director of photography Javier Palacios.