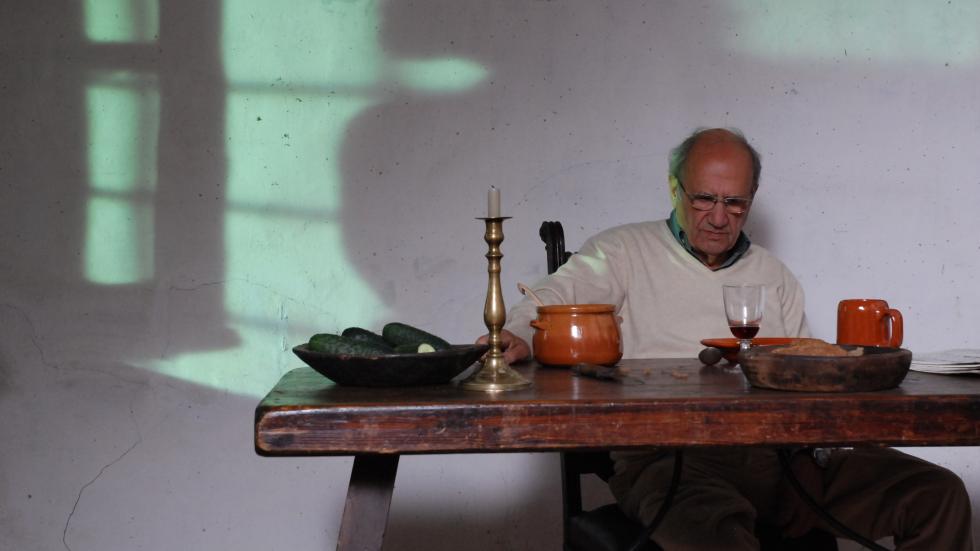 Honorary Award for the visionary cinema of Portabella

The Festival recognises the magnificent career of the Catalan filmmaker, a key name in Spanish cinema in his work as producer of classics such as 'Viridiana', 'Los golfos' and 'El cochecito', and director of a poetic and groundbreaking filmography in which titles such as 'Vampir-Cuadecuc', 'Die Stille vor Bach (Silence before Bach)' and 'El sopar (1974-2018)' stand out

The Seville Film Festival has announced this Monday the winner of its 16th edition Giraldillo de Honor, film director Pere Portabella. The competition has decided to award its honorary prize to this key figure in Spanish cinema, a director, scriptwriter and producer who, for more than 60 years, has ridden between the artistic avant-garde and political militancy to become an essential part of our cinematographic history.

The Festival has made this recognition public in a meeting held with the press by the delegate of the Urban Habitat, Culture and Tourism department, Antonio Muñoz, and the director of the Seville Festival, José Luis Cienfuegos. During the event, Seville also presented a great selection of Spanish cinema which, in this 16th edition,  will bring together important names such as José Luis Guerin and Benito Zambrano, with new authors who are now making groundbreaking cinema and experimenting with innovative languages, as well as the debut in the feature film by the director of the series 'El Ministerio del Tiempo', Marc Vigil, named 'El silencio del pantano' (The Silence of the Swamp).

Portabella (Barcelona, 1929) is an author that stands away of any convention and who has developed a work that runs parallel to his own biography, that of a free creator, forged in the anti-Franco struggle, being a parliamentarian and senator over decades and, at the same time, producer of some essential films of our cinematography, such as 'Viridiana' by Buñuel, 'El cochecito' by Marco Ferreri and scripted by the mythical Rafael Azcona, and 'Los golfos' by Carlos Saura. Classics that will be screened in restored copies during the Festival along with three great films of his authorship.

In constant dialogue with other arts such as music and painting, Portabella's is a visionary cinema, ahead of its time and unconventional, which moves between surrealism, documentary truth and poetry. This is proved by titles such as 'Vampir- Cuadecuc' (1971), 'Die Stille vor Bach (The Silence Before Bach)' (2007) and 'El sopar (1974-2018)', which can also be seen in this edition.

Portabella maintains in each production "a unique and recognizable voice, with great ability to capture beauty in unusual places and projected in its conception of cinema as a tool for social transformation", explained Antonio Muñoz, who also revealed that the Seville Film Festival has just obtained the highest score and amount in ICAA competition grants. "This recognition speaks to us of the good work of an event that in the last edition gathered more than 76,000 spectators in theatres", the delegate added.