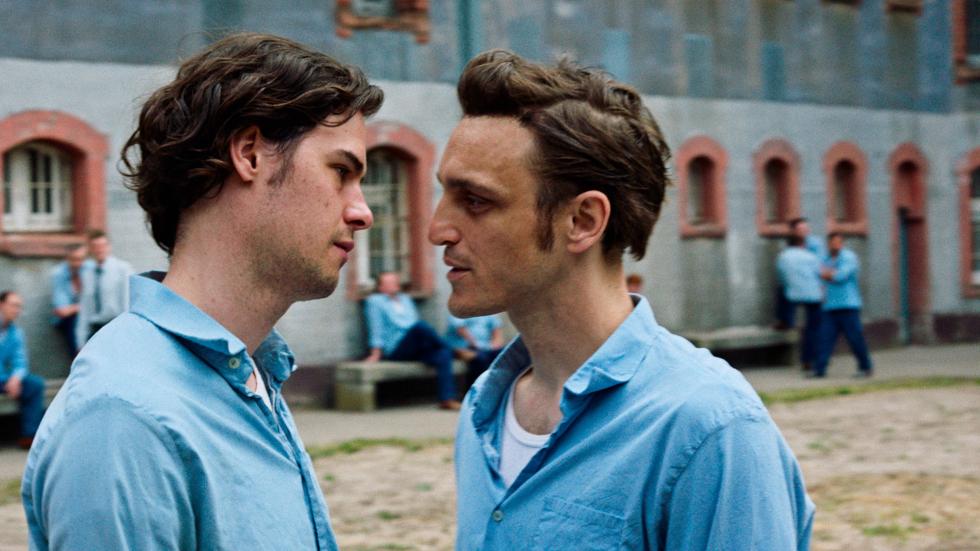 The Golden Giraldillo, the Best Actor Award and the ASECAN Jury Award recognise Sebastian Meise's look at the tragic fate of homosexuals in post-war Germany.

The Spanish co-production Costa Brava, Lebanon, recipient of two awards, and Onoda also stand out in a list of winners that confirms the quality and diversity of European cinema.

Seville, 13 November - Seville has its winner: Great Freedom, by the Austrian Sebastian Meise, a prison story that is also an unusual love story, denouncing the persecution of homosexuals that German law kept in force until recently. The Jury of the Official Selection, made up of Christos Nikou, Christian Petzold, María del Puy Alvarado, Cristina Hergueta and Ingvar Sigurdsson, has decided to award the Golden Giraldillo "because it raises the question of what freedom is. For its bravery, for its sensitive and subtle portrayal of the struggle for freedom in a prison environment, which not only shows a historical reality but also works as a metaphor for the inner world of the protagonists". Winner of the Grand Jury Prize in the Un Certain Regard section at the Cannes Film Festival, Great Freedom also won the Best Actor award in Seville for its leading actor, Franz Rogowski (seen in Ondina or Victoria) and the ASECAN Award for Best Film in the Official Section.

The other highlight on the list of winners at the Seville European Film Festival 2021 is Onoda, by French director Arthur Haradi, which wins, ex aequo with the Spanish-Lebanese co-production Costa Brava, Lebanon, the Grand Jury Prize, "for being a dazzling film that makes us reflect on the structures of power, through an incredible mise-en-scène". Winning also the award for Best Screenplay, going to Arthur Harari himself and Vincent Poymiro, Onoda tells the story of a Japanese soldier who, sent to a remote Philippine island, continues to take up arms for almost 30 years, ignoring the end of the Second World War.

Mounia Akl's debut film wins the Jury's Grand Jury Prize ex aequo "because Costa Brava, Lebanon is a brilliant debut film, revealing new layers in every scene and showing us the situation of a country through the personal story of a family". Written by Akl with Clara Roquet and edited by Carlos Marques-Marcet, the film presents a dystopian future which is as real as life itself, in which Lebanon is experiencing an environmental crisis that leads a family to isolate themselves in the mountains, with the desire to maintain an alternative lifestyle, interrupted when they install a landfill next to their home.

The Jury of the 18th edition of the Seville Festival has also decided to award the Italian-American Jonas Carpignano as Best Director for his third feature film, Para Chiara, which closes his Gioia Tauro Trilogy (followed by his previous films Mediterranea and A Ciambra), that, mixing elements of documentary and fiction, brings together the most dazzling and attractive codes of gangster cinema, filtered through the unusual sieve of the discovery, by the teenager Chiara. The film also received a Special Mention for its cast, which includes Nina Fumo, Swami Rotolo, Carmela Fumo and Claudio Rotolo.

The list of winners in the Official Section is completed with the award for Best Actress for newcomer Lucie Zhang, one of the leading ladies in Jacques Audiard's luminous Paris, 13th District. Best Editing goes to Nicolas Chaudeurge, Rebecca Lloyd and Jacob Schulsinger for the powerful Cow, by British director Andrea Arnold. And the award for Best Cinematography goes to Faraz Fesharaki for the revealing What do we see when we look at the sky? by Georgian Alexandre Koberidze.

The Seville European Film Festival 2021 includes in its list of winners the AC/E (Acción Cultural Española) Award for Best Director of a Spanish Film among the films in all the competition sections of the event. This award includes the internationalisation of the winning film, programming it, in agreement with the production company, at leading Ibero-American film festivals, or subsequently at various cultural venues abroad. The jury, made up of Mike Goodridge, Monica Goti and Boglarka Nagy, decided to award the prize to David Pantaleón for Rendir los machos. "We were impressed by his down-to-earth humour, his successful directorial style and the beautiful setting of a new-age western. His ironic depiction of contemporary masculinity, with all its faults and flaws, impressed us," explains the jury in its verdict.

Three of the most representative sections of the event are The New Waves, The New Waves Non-Fiction and Endless Revolutions, dedicated to the most innovative and daring films, away from conventionalisms. The Camp_Us Jury of the Seville European Film Festival 2021, made up of Marta Jiménez, Vasily Malykin, Paula Pereira, Silvia Sánchez and Marina Vázquez, has decided to give the award for Best New Wave Film to Greek director Jacqueline Lentzou's feature film directorial debut: Moon, 66 Questions wins the prize "for rewriting the female role of caregivers and for its successful mix of narrative and high-tech formats".

The Jury has also decided to recognise with a New Waves Special Award to the new work behind the camera by the French director Mathieu Amalric: Hold Me Tight "for the sound, time and space that make up a mosaic that represents a risky narrative venture".

For its part, the Jury formed by Samuel Alarcón, Rebecca De Pas and Margarita Ledo, has decided to award ex aequo the prize for Best Non-fiction New Wave Film to two films: on the one hand, The Story of Looking, by the British director Mark Cousins, "for being a film-screenplay-essay that creates its own rules for the enhancement of the act of looking in an era of image trivialisation". On the other hand, a regular in the Seville awards, the Ukrainian Sergei Loznitsa, won the prize for Babi Yar. Context, which the Jury recognises "as a contemporary classic that constructs a poetics of memory as an act of resistance to oblivion".

In addition, the Jury wanted to give a Special Recognition to Landscapes of Resistance, by the Serbian Marta Popivoda, "for rescuing the central figure of women in the anti-fascist resistance and its echoes in contemporary demands". A film that gives voice to the testimony of the elderly Sonja Vujanović, a partisan and communist militant who survived two Nazi concentration camps. Filmmaker Marta Popivoda also won a second award for Best Director of a First or Second European Feature Film "for the powerful testimonial force of a film that gives voice to the untold part of the history of the political and war struggle: that of women".

On the other hand, the Best Film in the Endless Revolutions section, already announced yesterday, is the French production Ghost Song, by Nicolas Peduzzi.

The power of Andalusian cinema

Another fundamental section for the Seville Festival, in its constant support for films produced in its immediate surroundings, is Panorama Andaluz: the Jury formed by Carlos Escaño González, María Molina Peiró and Yolanda Ortiz Padilla awarded the prize for Best Film to Dolores guapa! by Jesús Pascual, "for its combination of freshness and solidity, and for proposing a new look at Holy Week in Seville that manages to transcend the local and the religious". It was also decided to award an Honourable Mention to Pico reja, lo que la tierra esconde, by Remedios Malvárez and Arturo Andújar, "for bringing memory to the present through hope".

The XIV European Film-Screenplay Awards University of Seville Year 2021 for short film scripts went to Rafa Alberola in the Fiction category for En la noche caminamos solos, and to Currulao in the Non-fiction category.

The Seville Festival gives a voice to the audience, who have decided the awards in two of the festival's sections. On the one hand, the Italian Piccolo Corpo, by debutant Laura Samani, won the Extraordinary Stories Award. It is a powerful female portrait set in Italy in 1900, which follows a woman who rebels against the system that dictates that her stillborn baby is destined to spend an eternity in limbo. On the other hand, the Audience Grand Prize for Best Film in the EFA Section section went to the Norwegian film The Worst Person in the World, a dramatic comedy by Joachim Trier that arrived in Seville with the Best Actress Award at the last Cannes Festival awarded to Renate Reinsve.