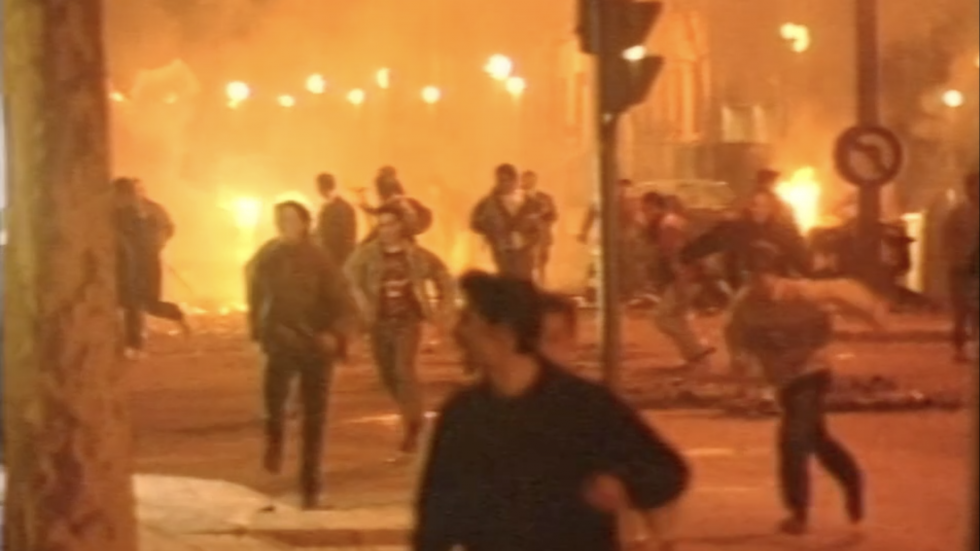 1992, was the year of the Barcelona Olympic Games, the fifth centenary of the Discovery of America and the Expo ‘92 in Seville. Spain was shining as a modern nation before the world, while behind the scenes the Parliament of Murcia was on fire as industrial reconstruction reached its peak. In this monumental film, López Carrasco ( El futuro, part of Los Hijos collective and a noteworthy successor to Jordá and Portabella) paints a fresco in Hi8 featuring a Spanish bar in the background while showing the working class, their stories, hopes and crises over the past thirty years, an astonishing narrative told in first person about a fight in abeyance. Awarded at Cinéma du Réel, Thessaloniki and Jeonju.

Born in 1981 in Murcia, López Carrasco is one of the key voices of Spanish cinema in the last few years, as well as a writer and visual artist. In 2008 he founded the Los Hijos Collective together with Javier Fernández Vázquez and Natalia Marín. The collective's first feature film, Los materiales, won the Jean Vigo award for best directing at Punto de Vista and a Special Mention from the Jury at FiD Marseille in 2010. El futuro, his first solo film, premiered at Locarno Festival in 2013, and has been selected in more than fifty festivals (including Seville). He has also won awards at BAFICI and Lima Independiente, among others. He is the co-producer of True Love (2011) and Sueñan los androides (2014), by Ion de Sosa, as well as the executive producer of Nuestra amiga la luna (Velasco Broca, 2016). His short film ALIENS premiered at Locarno in 2017 and was awarded in Kosovo, FIDOCS, Cinespagna Toulouse and FICA '17. His latest film, El año del descubrimiento premiered in Rotterdam.