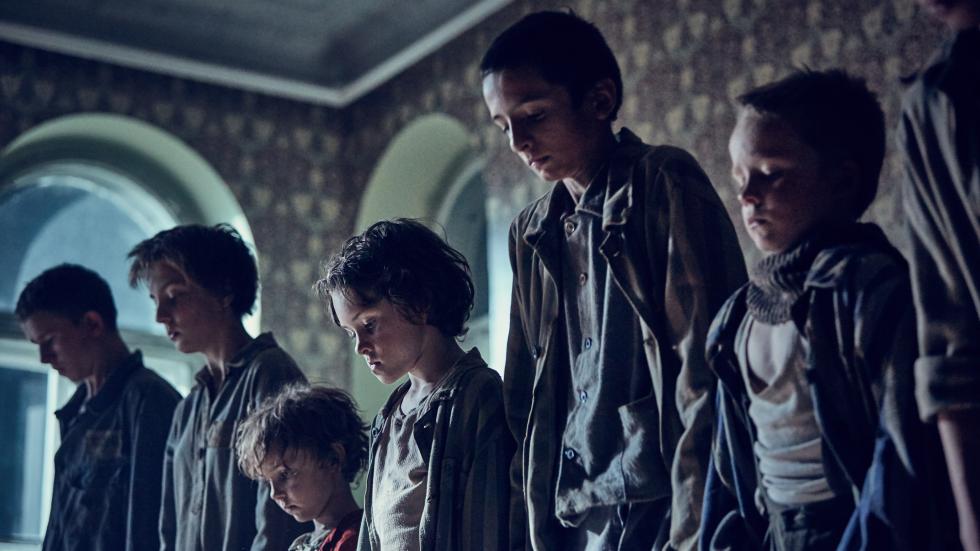 In that dark and fierce genealogy that traces stories like Lord of the Flies, Werewolf isolates a group of humans in extreme conditions. In 1945, a group of children freed from a concentration camp are temporarily housed in an abandoned palace in the middle of the forest. In addition to suffering the harassment of survival, they will be besieged by a herd of SS guard dogs, now loose, wild and hungry.

Adrian Panek was born in 1975. He studied Architecture at Wrocław University of Science and Technology. He is also a graduate of Krzysztof Kieślowski Faculty of Radio and Television at the University of Silesia and Wajda School. He directed many short films, including The Passion of Marian (2006) and My Poor Head (2009), and numerous music videos as well as commercials. In 2011 he made his feature debut Daas with Andrzej Chyra, Mariusz Bonaszewski and Olgierd Łukaszewicz in the leading roles. The film was named the best Polish first feature of 2011. Werewolf premiered at the Polish Film Festival, where it won the Best Director Award. It has also been awarded at festivals such as Tallinn Black Nights and Brussels International Festival of Fantasy Film (BIFFF).