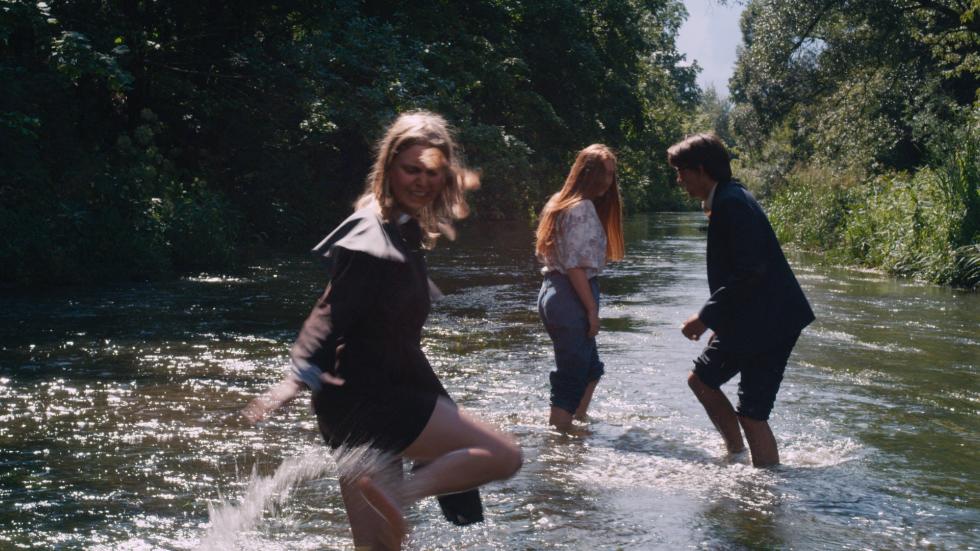 Summer of 1989, in an eastern country on the verge of tearing down the iron curtain of communism. Jana finds love as she prepares to embark on a journey that will change the course of her life: a summer bathed in the golden light of the discovery of something that will soon be lost. Twenty-five years later, Jana returns from Paris in search of that lake which her first love called "Walden" (the wink to Thoreau and Mekas is not accidental), in an internal process of reconciling with her past. An autobiographical film about vital crossroads and about the unavoidable intersection of the self and the political.

A Bulgarian native, she spent her childhood in Czechoslovakia before moving to Paris. After studying at the IDHEC, she directed her first feature film in 1996: Mirek n'est pas parti, depicting a group of young Czechs in Paris. In 2000 she directed a documentary in Bulgaria, Fermeture définitive du kolkhoze, thanks to the special Villa Médicis Hors les Murs grant. Her second feature film, À l'Est de moi (2009), was also featured in a radio broadcast by France Culture. In 2017 she directed the documentary Fukushima no Ato, followed by her third fiction film, Walden, included in the ACID section of Cannes 2020. Horackova is also an actress. Her roles in Vincent Dieutre's My Winter Trip (2003), Vivianne Perelmuter's Le vertige des possibles (2014) and Anne Alix's Something is Happening (2018) are particularly remarkable.