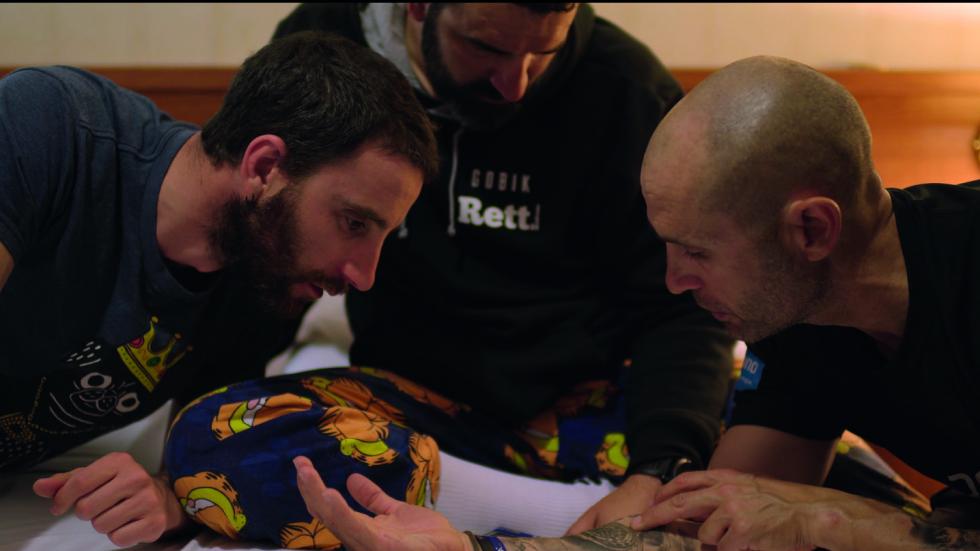 Rett’s Syndrome is a rare disease which this documentary wants to bring to public attention, following the bicycle journey from Barcelona to Rome by the actor Dani Rovira, the father of a child affected by it and an activist in this struggle, a fireman and a personal trainer.

Seville, 1983. Trained at the University of Barcelona and the ESAC, she has written and directed more than a dozen short films. She has worked a journalist specializing in health for the Grupo Joly, she was a scriptwriter on La semana más larga for Canal Sur, and responsible for the development of new formats for television  at the Andalusian production company 16 Escalones. She has worked as Press Officer for the Ateneo de Sevilla, and published in national media on health issues. She has several awards and acknowledgements for her reports on health, society and patients. As a director, she became known with Línea de meta (2015), a feature length documentary that was nominated for the Goya and had a commercial release. Todos los caminos is her second film.