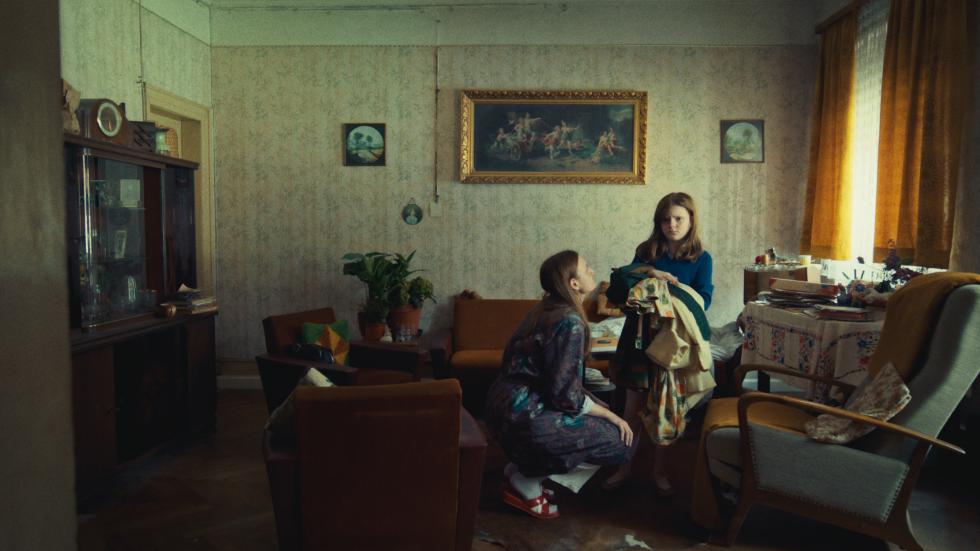 A film that, just like Grey Gardens (the Maysles' documentary about Jackie Kennedy's hoarder cousins), paints an iconic portrait of an isolated and oppressive family unit. The murky universe of a family of three who in 1970's Germany decides to isolate themselves because of their mother's mental health problems is portrayed by Sabrina Mertens through fifty-seven sequence shot episodes like tableaux vivants. The years pass and the oddities branch off in this magnetic film from which at times becomes hard to remove eyesight, and at others it is difficult to maintain it.

Sabrina Mertens
Sabrina Mertens (1985, Germany) was born in Hamburg and studied Audiovisual Media Design in Berlin and Brandenburg. She worked for a German television broadcaster in Berlin and started making short documentaries and experimental films in 2011. Currently, Mertens is studying directing at the Film Academy Baden-Württemberg in Ludwigsburg. Fellwechselzeit (2020), her feature debut, premiered in Rotterdam.