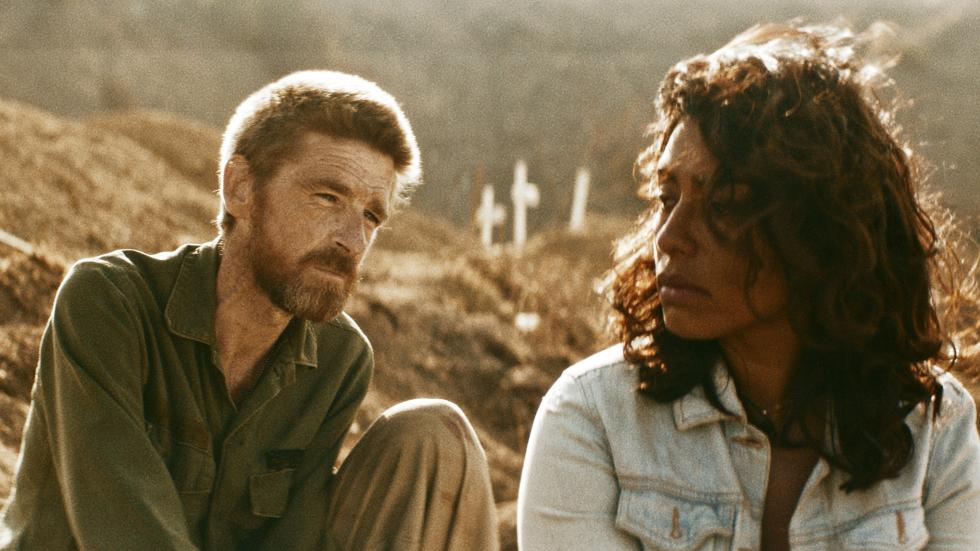 If a few years ago Jean-Charles Hue captured us with the powerful Clan Salvaje (Mange tes morts), in Tijuana Bible he returns to the criminal underworlds as a Sam Peckinpah of these discredited times. In the dangerous Northern Zone of Tijuana lives Nick, an American veteran turned junkie after living his particular Apocalypse Now in Iraq. There he will meet Ana, a Mexican woman in search of her missing brother, whom he will end up helping. A search that will put him in the sights of a very dangerous narco leader, but thanks to which he will finally approach another human being.

Born in 1968 in Eaubonne, France, he studied at the Ecole des Beaux-Arts in Mans. He began his career in the world of fashion as a stylist, until in 2001 when he presented a personal exhibition with experimental films made in Spain featuring the gypsy community. After directing a series of short and long-lasting experimental works, he officially debuted in the feature film field in 2010 with La BM du Seigneur (FID Marseille, Mar del Plata, among others), a film starred by the yeniche community, as well as Clan salvaje, a film that took him to the Directors' Fortnight in Cannes in 2014 and earned him the Jean Vigo Prize, passing also through Seville. He has been working for years with the border town of Tijuana, an experience from which several pieces have come out and which has resulted in Tijuana Bible, his latest feature film.