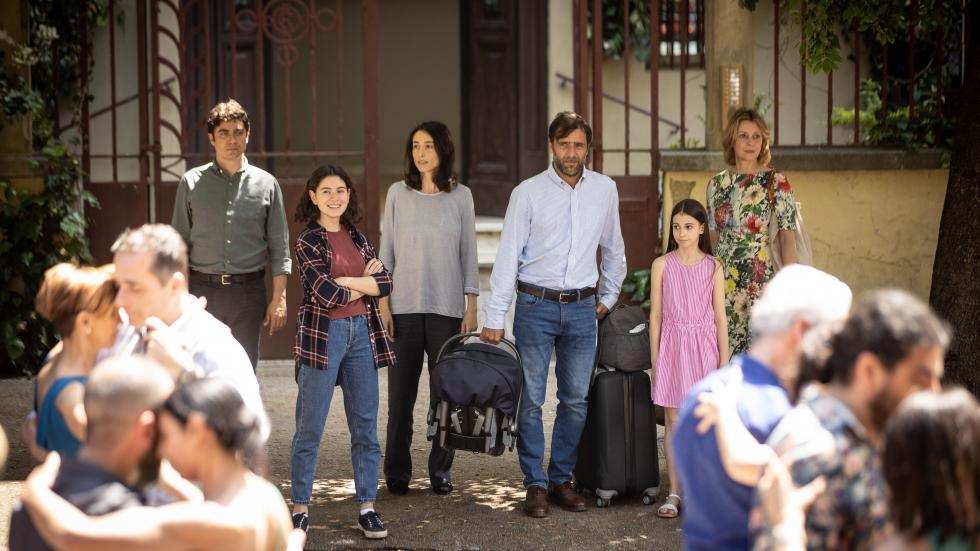 Moretti's latest film was received with a standing ovation at Cannes (an audience that is not easily moved). Revisiting the sober, deeply human approach found in The Son's Room (for which he won the Palme d'Or), the film weaves a choral narrative around the neighbours of a three-storey flat block over the course of three different moments in their lives. Featuring a superb cast, this is a moving film about family and neighbourly relationships, and the fears, joys and turmoil of adult life.

Giovanni "Nanni" Moretti (Italy, 1953) is one of the most unmistakable voices in world cinema, with a filmography dominated by autobiography with streaks of irony and existential humour. He began his career as a director in the early 1970s, making his feature film debut in 1978 with Ecce bombo. Since 1986 he has produced his films from Sacher Films (named after his favourite cake). His filmography includes films (in which he also stars) such as Sogni d'Oro (1981), Bianca (1984), La messa e finita (1985), Palombella rossa (1989), Caro Diario (1993) and Aprile (1998), along with more dramatic films such as The Son's Room (for which he won the Palme d'Or in 2001), Mia madre and Tre piani, which premiered at the last Cannes Film Festival. He has received numerous distinctions at the most important festivals and at the Academy Awards in his country.