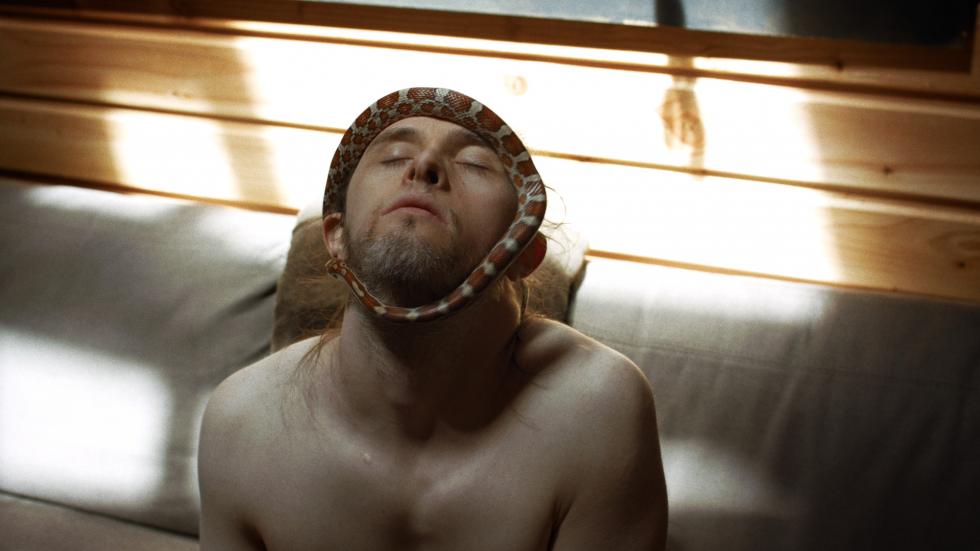 Théo, an anarchic young man with Down's syndrome, has an unusual connection with nature and its creatures. He spends his days in a house in the woods, where he lives with his father, a photographer who communicates through grunts, while training body and mind to become a samurai. One day, after his father vanishes, he begins a journey into self-discovery and freedom: transforming himself through experiments with love, sex, everyday life, death and pain. We thus rediscover the world through his gaze, his voice and train of thought, in an atypical portrait packed with humour and powerful surreal images.

Multidisciplinary artist, filmmaker, poet and photographer, Damien Odoul (Le Puy, Haute-Loire, 1968) debuted when he was only 23 years old, and after a handful of short films, with Morasseix (1992), in which he also starred, and remained unpublished until it was screened at the Giornate degli Autori at the Venice Film Festival in 2004. The festival had already awarded him a prize for Le souffle (2001). In addition, he has directed films such as En attendant le déluge (2004), L'histoire de Richard O (2007), La richesse du loup (2012) and La peur (2015), for which he won the Jean Vigo Award. He is presenting Theo and the Metamorphosis in Seville, after winning the Grand Prix at the New Horizons Film Festival in Wroclaw.