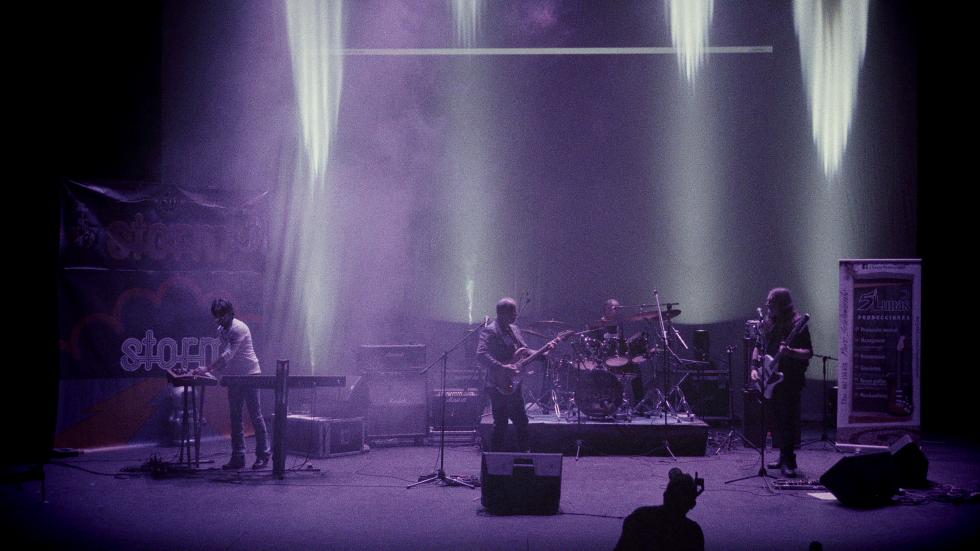 At the end of the sixties in the Sevillian neighbourhood of San Jerónimo, when playing rock and wearing long hair was still the object of aggression or arrest, the Storms thrilled the crowd like the Andalusian Deep Purple. From rejection and transgression to receiving an offer from Freddy Mercury for an international tour, a contract with a multinational and appearing on Musical Express, this film will introduce us to this invincible band that deserves a privileged place in the history of music and that formed part of (and in some cases was ahead of) the Andalusian rock movement of Triana, Smash, Alameda, Gualberto and Gong. 50 years after their formation, in 2020 they are recording a new LP.

A native of Seville born in 1971, he began his career as short film director and editor, as well as working for television. His first feature film, 15 días contigo (2005), received several awards and a Goya nomination. Followed by Skizo (2006) and Déjate caer (2007). He has been directing television projects for several years, among which Pelotas (for TVE) by Jose Corbacho, and Padre Medina (for Canal Sur) are worth mentioning. In 2015 he returned to film directing with Todo saldrá bien (2016). In addition, he has been editor and scriptwriter on several feature films. In 2018 he again directed his own script La primera cita, premiered in Seville and Huelva, receiving the AAMMA award. In 2018 he also directed La última toma, about the director Claudio Guerin-Hill. In 2020 he wrote and directed Storm, a posthumous work produced by his usual creative partner in recent years: Kiko Medina.