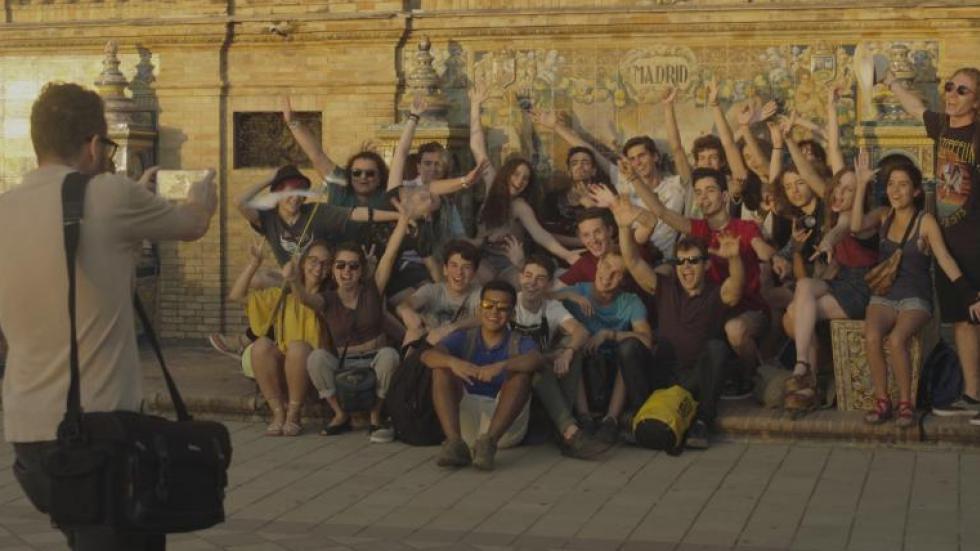 A film that sprang from the project Quién lo impide, in which we accompany a high school class that is making its particular end of year journey.

Madrid, 1981. He has written and directed the features Todas las canciones hablan de mí (2010), nominated for the Goya for Best New Director, Los ilusos (2013), which went to numerous international festivals, Los exiliados románticos (2015), Special Jury Award at Malaga, and La reconquista (2016), which was in the Official Section at San Sebastian and for which he won the RNE Ojo Crítico award 2016. He also directed the medium length film Miniaturas (2011), and was co-writer on the films Más pena que Gloria (2000) and Vete de mí (2005), by Víctor García León, and El baile de la Victoria (2009), by Fernando Trueba, for which he was nominated for the Goya for Best Adapted Script. He is author of the book Las ilusiones (editorial Periférica) and has worked for the publishing company Plot. He has also made some videoclips. He combines cinema with teaching and since 2013 he is part of the team of Cine en Curso. Sólo somos and Si vamos 28, volvemos 28 are part of the Quién lo impide project, premiered in 2018 at the Cineteca in Madrid.