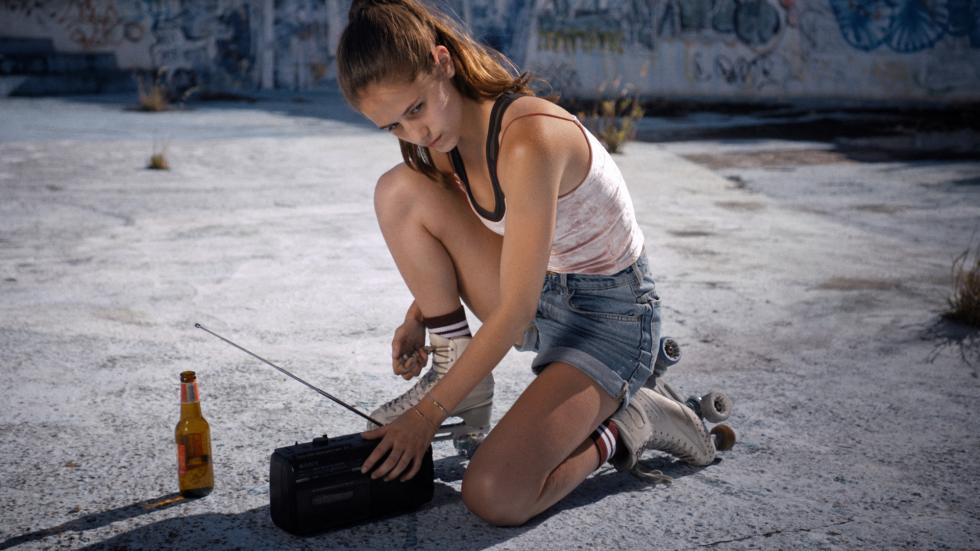 AQUAPARQUE
Ana Moreira | Portugal | 2018 | 17 min. | Portuguese
In an abandoned waterpark, a girl and a boy are hidden from the outside world. There they find a shelter to grieve from their loss of hopes and dreams.

PRISONER OF SOCIETY
Rati Tsiteladze | Georgia, Latvia | 2017 | 15 min. | Georgian
An intimate journey into the world and mind of a young transgender woman, trapped between her desire for freedom and traditional expectations of her parents that threatens their unity.

SHAME
Petar Krumov | Bulgaria | 2017 | 24 min. | Bulgarian
Macho is a poor boy, who skips school to work on a construction site. The only ray of light for him is his girlfriend, Donna .Yet, she is ashamed of his mother, who works as janitor in their school.

THE ESCAPE
Laëtitia Martinoni | France | 2018 | 10 min. | French
Alice sings, wears make-up and cracks herself up. Yet she is at the hospital, just out of surgery. She is very ill and totally bald. However, she is love with her surgeon. Alice escapes into her own dreamworld and makes her life over into a sweeter one ....