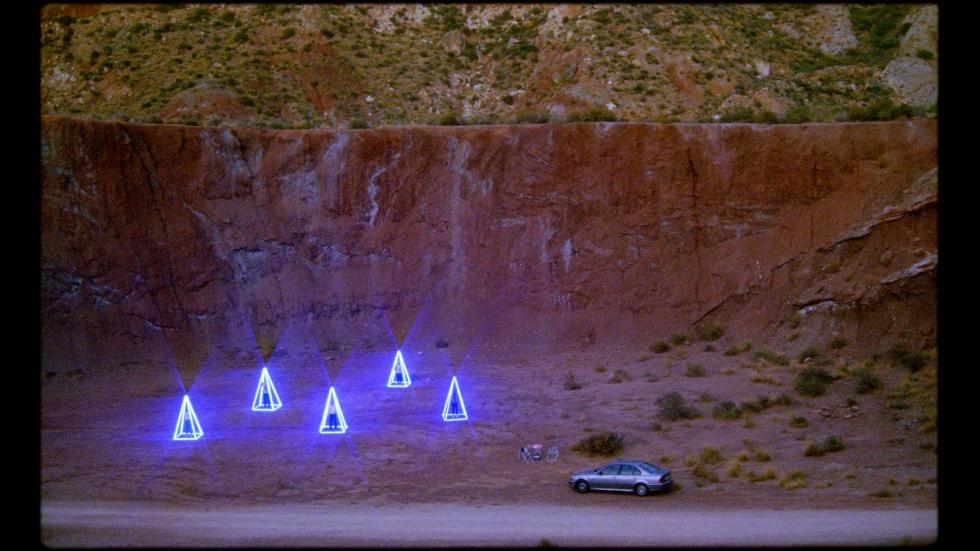 Not many feature debuts are more eagerly awaited than Chema García Ibarra's. Elche-born filmmaker has earned a cult status thanks to his unique short films, which for over a decade have been selected for festivals such as Cannes, Sundance and Berlin. Espíritu sagrado,  expands on the universe and concerns of his previous works in this drama about José Manuel, a UFO enthusiast devoted to a secret project. A unique portrait of inner-city Spain that satisfies its craving for supernatural faith in the most idiosyncratic ways, this first feature by García Ibarra transcends mere picturesque folklore taking us down paths that are both surprising and terrifying.

Born in 1980 in Elche, the city where he currently lives and works. For more than a decade he has been one of the most unique voices in Spanish cinema, offering a personal blend of science fiction and genre films. He has directed, written and produced the short films El ataque de los robots de Nebulosa-5 (2008), Protopartículas (2010), Misterio (2013), Uranes (2014), La disco resplandece (2016) and Leyenda dorada (2019, alongside Cinematographer Ion de Sosa). His films have been selected among others at Cannes Directors' Fortnight, Sundance, Berlinale, Rotterdam, Valdivia and Bafici, and have won numerous awards. His work has also been the subject of several retrospectives. Espíritu sagrado, his first feature film, premiered at Locarno.