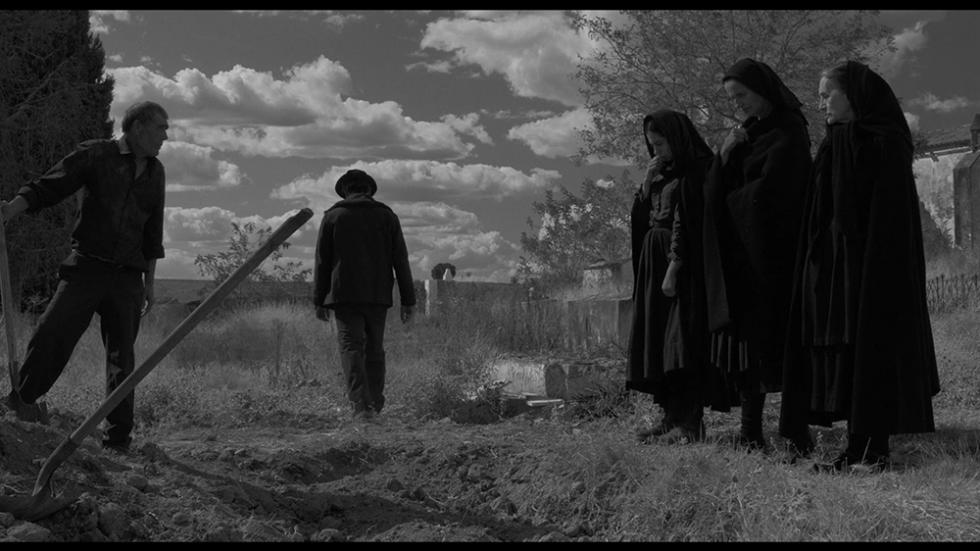 Like Los santos inocentes filmed in a four-hander by Bresson and Paulo Rocha, or the rural class struggle explained through cine noir: a couple of points to try to describe Raiva (“rage”). In the Alentejo of 1950, among the desolate fields, a series of cold blooded murders took place one night. The culprit’s reasons will be revealed, relentlessly, in this adaptation of Seara de Vento, by Manuel de Fonseca, a classic of Portuguese literature. With Leonor Silveira (an essential actress for Manoel de Oliveira), Isabel Ruth (one of the greats, a regular with Rocha and also with Botelho and Oliveira) and an unusual appearance by Sergi López.

He was born in Brazil in 1965, of a Portuguese father and a French mother. He studied philosophy at the Sorbonne and started his professional life in the 90s as a journalist and as assistant director to filmmakers such as Teresa Villaverde, José Alvaro de Moraes and António Campos. For over 20 years he has been a producer and director, and between 2004 and 2010 he ran the Doclisboa Festival. His films have been shown in over 40 countries and have received various international awards. The most recent include Alentejo, Alentejo (2014) and Treblinka (2016), both winning the Best Portuguese Film Award at IndieLisboa. His latest film, Raiva, had its premiere at the Moscow Festival.