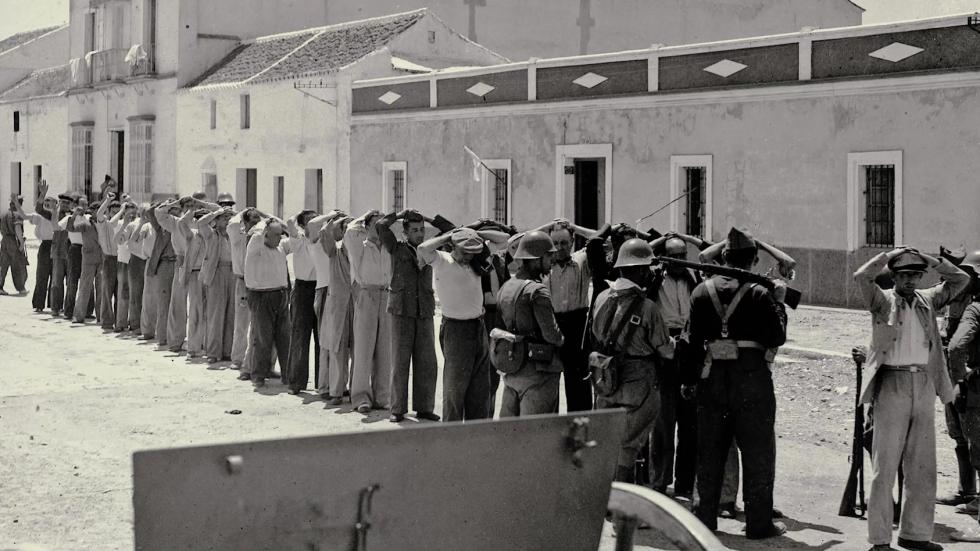 In 2020, the mass grave of Pico Reja, which is estimated to house more than 2000 civilian victims of Franco's repression, remains closed in the Seville cemetery. In this film, the opening of this grave takes us through its own history (even uncovering new, undocumented facts) in a journey rooted in the present, which is also interwoven with an encounter between the flamenco singer Rocío Márquez and the poet Antonio Manuel Rodríguez to create a song about it. A profound analysis of the past that also serves to understand the present of a land that owes much to the memory of the repressed and to history.

Huelva, 1967. A professional photographer since 1989, she has had numerous exhibitions and publications. Recipient of numerous awards in recognition for her commitment towards defending equality rights, and her work as a documentary filmmaker. She is managing partner of Producciones Singulares, a production company based in Seville. She is the author of films such as Alalá (2016) and Menese (2019, IMAGENERA Award from the Andalusian Studies Centre of the Andalusian Regional Government), works that have been widely screened and recognised at festivals.

Seville, 1974. He studied film at the EICTV School in San Antonio de los Baños (Cuba). Working as a graphic designer, publicist, photographer, director, scriptwriter, editor and producer. In 2013 he won the Fotopres grant from the Fundación la Caixa with the photographic collective El Cíclope Mecánico. He is managing partner of Producciones Singulares. Awarded the Talentia 2015 prize for innovation in the audiovisual sector in Andalusia. He directed, wrote and produced Alalá (2016) with Remedios Malvárez, also editing and producing his film Menese (2019).