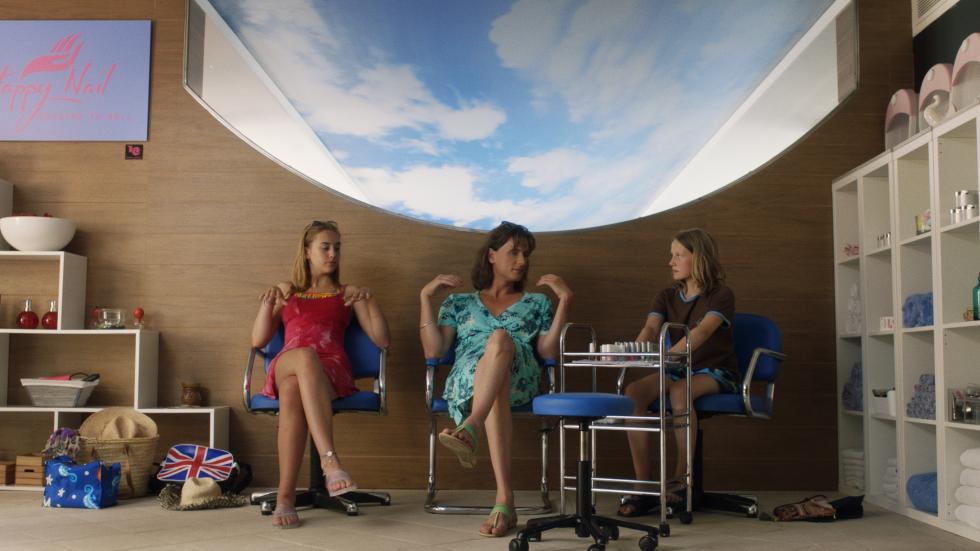 Presented in Rotterdam, where it was granted the Big Screen Award. Malou Reymann makes her debut with an autobiographical film offering an unusual point of view on a story of gender transition, in which she draws a faithful portrait of the complexity of human feelings with fine brushstrokes of comedy.In the late nineties. Emma, a pre-teen, is passionate about soccer, living a steady life with her parents and older sister. Until one day, while eating a pizza, she receives news that will split her life in two: from that moment on, her father will be a woman named Agnete.

Malou Reymann (1988, Netherlands) is a Danish filmmaker and actress. Her acting career started in her early teens with roles in various Danish films and television series. She holds a degree in Literature from the University of Copenhagen and a Master’s degree in Directing Fiction from the National Film and Television School in England. She has made several shorts, of which 13 won the Best Short Film award at Odense International Film Festival in 2011. In 2008, she represented Denmark in the Prix de la Jeunesse at Cannes. A Perfectly Normal Family, her feature debut won the Big Screen Award at Rotterdam 2020.