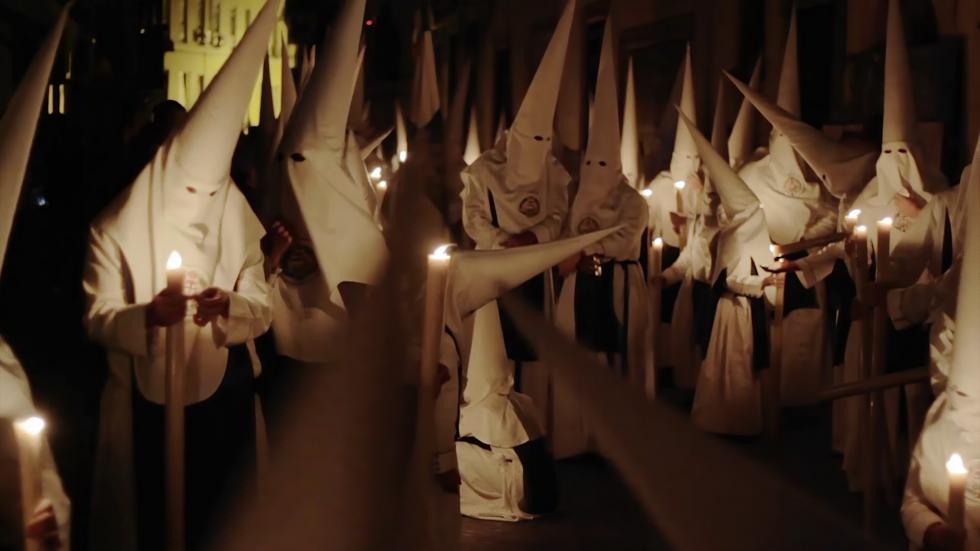 An impressionistic and sensorial portrait of the Easter celebrations in Seville following the course of the celebration in chronological order. Focusing on the audience's point of view, Hilario Abad takes us through the intangible emotion and warmth of the atmosphere of the celebration in the street, in an immersive audiovisual film-experience with an original soundtrack by Francisco Javier Torres Simón performed by the Municipal Symphonic Band of Seville conducted by Francisco Javier Gutiérrez Juan, the Dabar Choir conducted by Jesús Irizo, and the soloists Manuel Cuevas (saeta), José Carlos Garrido 'Garri' (cornet), Pedro Luengo (organ) and the singer Gema Abad.

Cádiz, 1991. He spent his childhood and adolescence in Sanlúcar de Barrameda and in 2011 he premiered his first short film, Caniville, which won several awards and led him to make a sequel in the online format: Caniville, La Webserie (2015) which became popular on the Internet and gave him access to the film and television industry. In 2014 he premiered Errarte en la sombra, his thesis project, with which he won the best director award at the Faculty of Communication of the University of Seville, after which he began to work for production companies in Spain and Mexico. In 2020 he premiered Llega la noche at the Seville Festival, his first feature film, which received two nominations for the ASECAN awards. Parasceve, retrato de una Semana Santa is a project that spans almost his entire career, from when he began filming in 2012 to the present day.