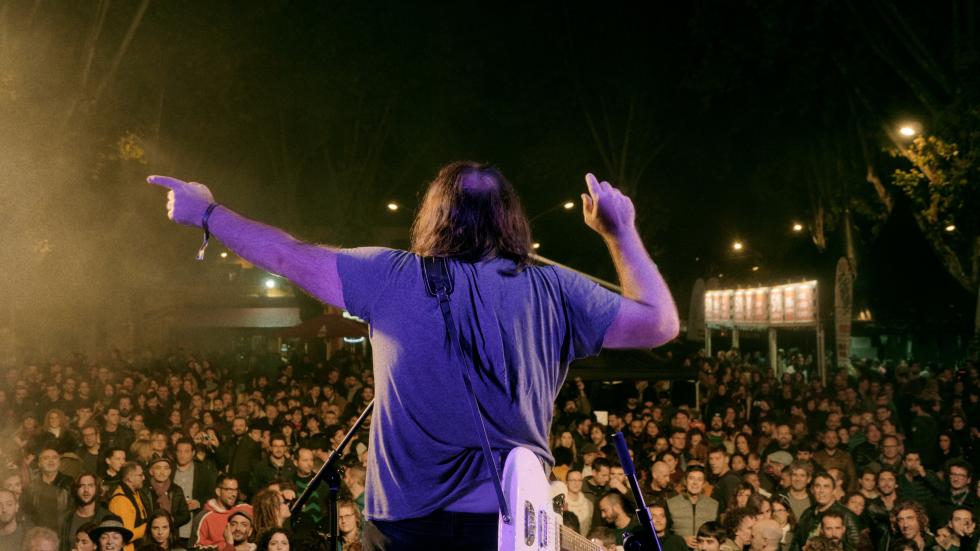 Paco Loco, guru of Spanish indie music, is more than a producer with thirty years of experience and a musician of fine and wild talent. Paco Loco is a unique character, a real beast on the stage, having that "je ne sais quoi", a frenetic creative energy that achieves through pure hydration from soda water, rejecting the formula of "sex, drugs and rock & roll". This film tries to capture his humour and essence from his beginnings in Los Locos to his time in Australian Blonde and the current Jaguares de la Bahía, his more than 800 albums produced mostly for passion rather than profit, his studio in Puerto de Santa María and his collaborations with Mikel Erentxun, Nacho Vegas and Bunbury.

Daniel Cervantes (Cádiz, 1993) established in 2014 the audiovisual firm Homeless, with which he has since been self-producing a body of work characterized by the use of different narratives, expressions and formats, with an emphasis on experimental humor that has led him to collaborate with artists such as Miguel Noguera and Toni Nievas. Cervantes also makes and participates in music, design and video projects, as well as having been part of the organization of the Shorty Week International Short Film Festival between 2016 and 2019. One of his latest works, Tomorrow Is Monday, has been screened in more than ten festivals while his most recent work, Vegan of Minecratf, has been a finalist in Notodo Film Fest and has been selected for six festivals so far. Paco Loco: viva el noise is his first feature film.