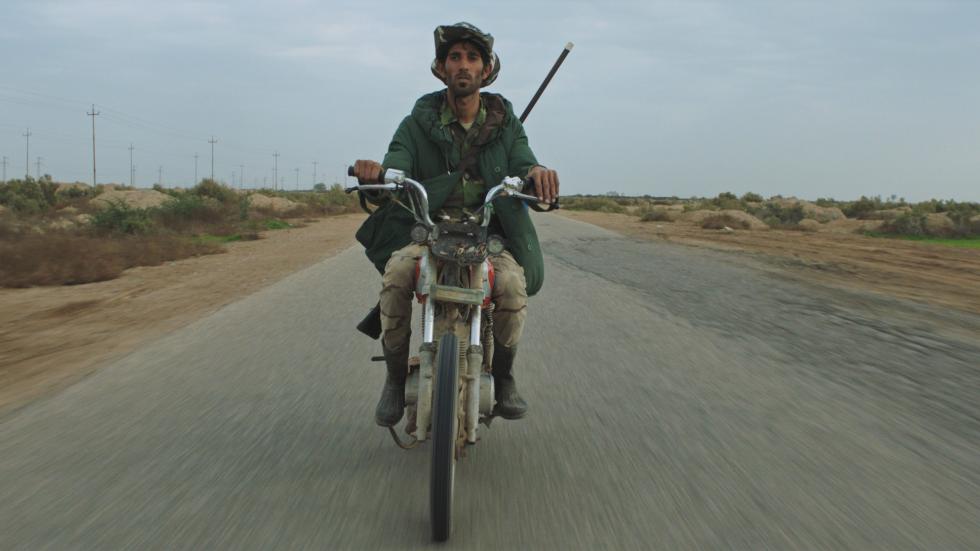 Life goes on behind the din of the front line of war, among the remains of the disaster. Gianfranco Rosi (who won the Golden Lion in Venice and the Silver Giraldillo in Seville for Sacro Gra), spent three years between the borders of Iraq, Kurdistan, Syria and Lebanon filming all those people trying to rebuild their daily lives between civil wars, dictatorships, foreign invasions and the killing rage of ISIS. Notturno, winner of three awards in Venice, is a gentle gloom piece of unusual beauty and truth, the calm movement of those who have to live a constant present with no guarantee of any future.

Born in Eritrea, after attending university in Italy he moved to New York, graduating from New York University Film School in 1985. In 1993 he produced and directed Boatman, filmed in India, a film that went to festivals such as Sundance, Locarno and Toronto. After the short film Afterwords, released in Venice, he shot the documentary Below Sea Level in 2008 in California, with which he won the Best Documentary Award in the Orizzonti section in Venice, as well as two awards in Cinéma du Réel and Prague, and was nominated for the European Film Awards. In 2010 he shot El Sicario, winner of the Fipresci Award in Venice, a festival to which he returned to win the Golden Lion for Sacro Gra, also a Silver Giraldillo in Seville, among other awards. Fuocoammare (2016) earned him the Golden Bear at the Berlinale, a European Film Award and an Oscar nomination. Notturno, his latest film, won three awards at the last edition of Venice.