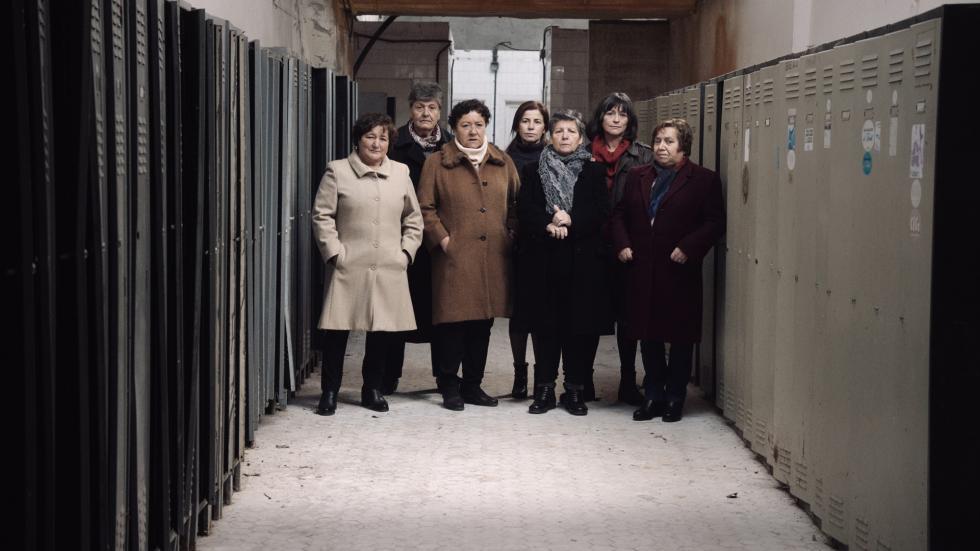 Much has been said about the labor movement, but very rarely has it been shown on the screen the specificity of this struggle for women: opening up to the world about their incorporation into the workforce, amidst turbulent times for the manufacturing sector. Through the energetic and charismatic women of A Pontesa's ceramic factory (Galician sisters of the cigarette makers of Cadiz and Seville), Margarita Ledo constructs an exciting, combative and poetic tale of an endless battle: "a film that addresses how long it takes us women to gain rights, not only to vote but also to access wage earning work and the possibility of being independent. In short, how much it cost us to become a nation".

Margarita Ledo Andión (1951, Castro de Rei, Lugo) is an essential figure of Galician culture, she is a filmmaker, writer and professor of audiovisual communication at the University of Santiago de Compostela (where she was also Dean). She published her first book, Parolar cun eu, cun intre, cun inseuto, a collection of poems, in 1970, which was followed by other books of poetry, narrative, essays and research. He founded and directed several publications with a special emphasis on the vindication of the Galician language and its militant spirit. His first feature film is Santa Liberdade (2004), followed by Liste (2007), and the fiction film A cicatriz branca (2012), derived from her novel Porta Blindada. She also directed several experimental and documentary short pieces. In 2017 the DocumentaMadrid International Film Festival dedicated a retrospective to the artist. She was awarded the National Prize of Galician Culture 2008 in Cinema and Audiovisual, as well as the Otero Pedrayo in 2017, besides being a member of the Royal Galician Academy