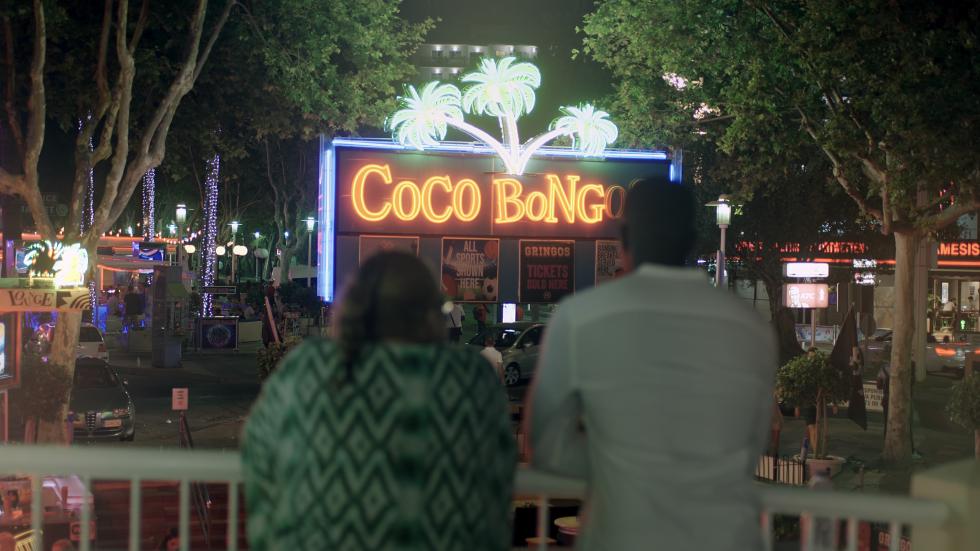 Magaluf: a sort of zombie holocaust featuring balconing and blowjobing in exchange of cocktails, low-cost alcohol tourism and stag parties that end up in the police station. So what's left in Magaluf when it's low season? Miguel Ángel Blanca (I Want the Eternal) builds a story halfway between comedy and horror (with Daniel Clowes as reference) centred around the lives of the locals: Tere, an Andalusian cook with a Carmina-like air, and her flatmate from Mali, plus the adolescent Rubén with his supernatural stories. Best International Film Award in Thessaloniki.

Sabadell, 1982. Graduated from the ESCAC specialising in screenwriting in 2003, he has combined his work as a filmmaker with being a musician in the bands Manos de Topo and Salvaje Montoya. In 2008 he set up the production company Boogaloo Films, carrying out the project YourLostMemories, a web portal of lost Super 8 home movies, a venture under which he co-wrote and co-directed the film of the same title with Alejandro Marzoa. In 2014 he released the live cinema project Después de la generación feliz in collaboration with the musicians Joan Colomo, Edu Pou and Sara Fontán. This was followed by Un lloc on caure mort (co-directed with Raúl Cuevas in 2014, winner of the National Award at the In-Edit Festival), La extranjera (2015, presented at the SEFF), Quiero lo eterno (2017) and the short film Corre brilla luz luz (2018). Magaluf Ghost Town, his latest film, premiered at Hot Docs and won the top award at the Thessaloniki International Documentary Film Festival.