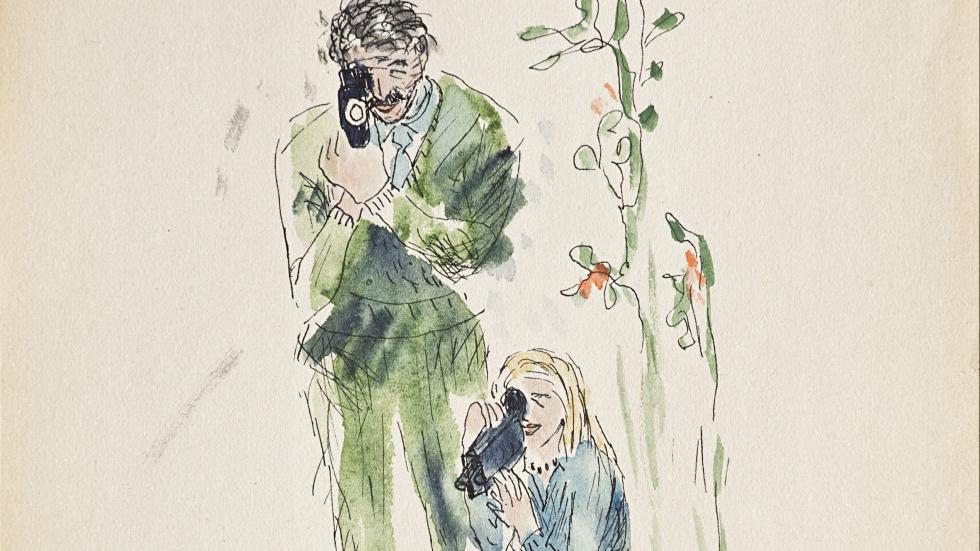 A film that delves into the diaries, water colours and home movies from the archive of Angela Ricci Lucchi after her death in February 2018, by the hand of her companion in work and in life, Yervant Gianikian.

The pair of filmmakers Yervant Gianikian (Merano, 1942) and Angela Ricci Lucchi (Roma, 1942) have left their mark on cinema history thanks to an important body of work that looks into the archive with a political and avant garde look. In 1975, Gianikian, an architect of Armenian origin, met Ricci Lucchi, who had studied painting in Austria with Oskar Kokoschka. In the 70s they made several experimental short films, and from the eighties they consolidated their research and work method with titles like Dal Polo al Ecuatore (1986), Hombres, Años, Vida (1990), Priggionieri di Guerra (1995), Inventario balcánico (2000) and Oh Uomo (2005). In 2013 they presented Pays Barbare, the last film before Ricci Lucchi’s death in 2018.  Retrospecitves of her work have been shown at numerous festivals and centres, including MoMA, the Cinémathèque in Paris and  MNCARS. I diari di Angela - Noi due cineasti premiered in Venice.