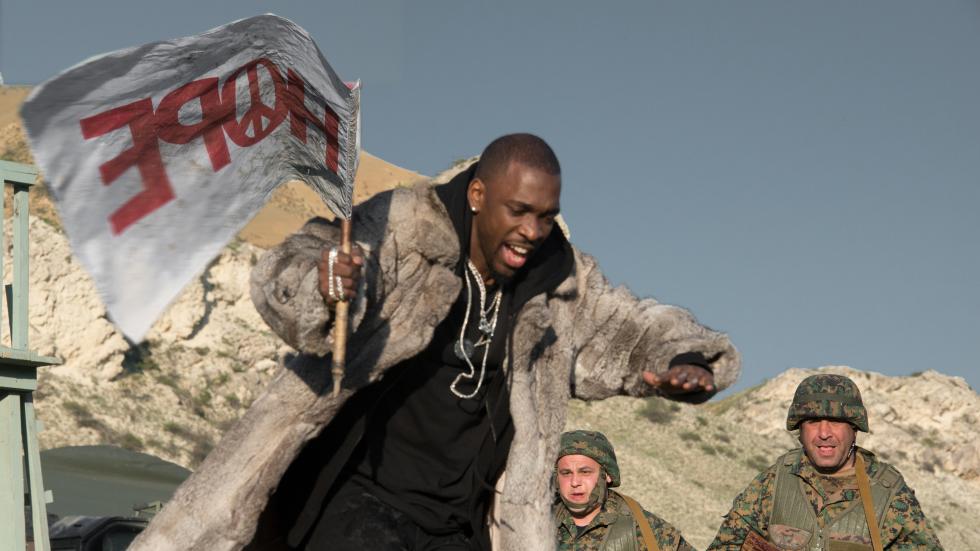 We live in the era of fake news, crazy times that Rudolph Herzog portrays in a wild comedy about the power of appearances and reckless consumption. Kate (Katherine Parkinson, The IT Crowd) is in charge of public relations for rapper Harry Hope (Jay Pharoah), who is about to give a benefit concert against the war in Georgia. But her charitable plan is shattered when peace is declared, so Kate will be forced to go to the area with her teen intern/sister (Lily Newmark, Pin Cushion) to fabricate a non-existent conflict to broadcast to the world and cover her glory boss, fans and tickets.

German writer, actor and film director born in 1973. Among his best-known works are the documentaries The Heist (2004, Channel 4), Amundsen: Lost in the Arctic (2010, for National Geographic / ZDF), The Agent (2013) and A Short History of Nuclear Folly (2014). He co-wrote the films The White Diamond (2014) and Happy People: A Year in the Taiga (2010) in collaboration with his father, Werner Herzog. His documentary Heil Hitler, The Pig is Dead (2006) about the humor in the Third Reich obtained a great audience response in German television, and his later book on the same subject also had international impact (Also published in Spain). In 2019 he published his latest book, Ghosts of Berlin, and premiered his film How to Fake a War in Edinburgh.