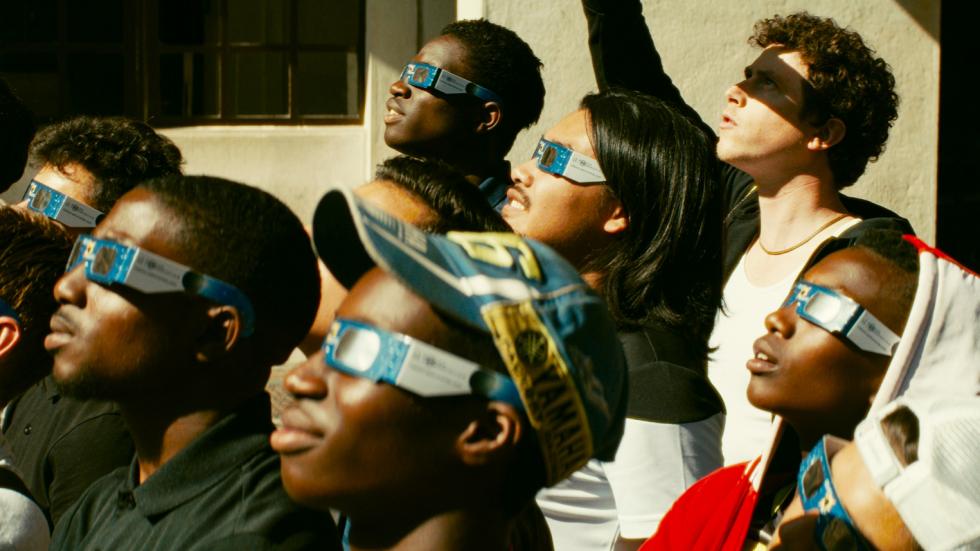 In Gagarine, what seems to start as another display of social cinema set in the Parisian suburbs ends up turning into a mix between Close Encounters of the Third Kind and Stranger Things. The young Yuri, who always wanted to be an astronaut, barricades himself and tenaciously guards the public housing block where he has lived all his life (the Gagarin towers), on the verge of being demolished. A chronicle of resistance that in the hands of the newcomers Liatard and Trouilh is combined with a dreamy love story embedded in a fantasy that reconnects with primal and heavenly emotions.

Fanny Liatard and Jérémy Trouilh studied political science together in Bordeaux, to later move on to film. Trouilh traveled to India and South America, later deciding to study a Masters in creative documentary filmmaking in Lussas. Liatard, on the other hand, traveled to Lebanon, and then worked in Marseille on artistic projects linked to urban renewal. After these experiences, they met in Paris with the purpose of writing and directing fiction films. In 2014 they won a screenwriting competition, which allowed them to make their first short film, Gagarine, which was shown at numerous festivals. This was followed by A république des enchanteurs (Palm Springs, Clermont-Ferrand) and Chien bleu (Nominated for a César in 2020, UniFrance International Critics' Prize). Gagarine, their first full-length film, was part of the official selection at the 2020 Cannes Film Festival.