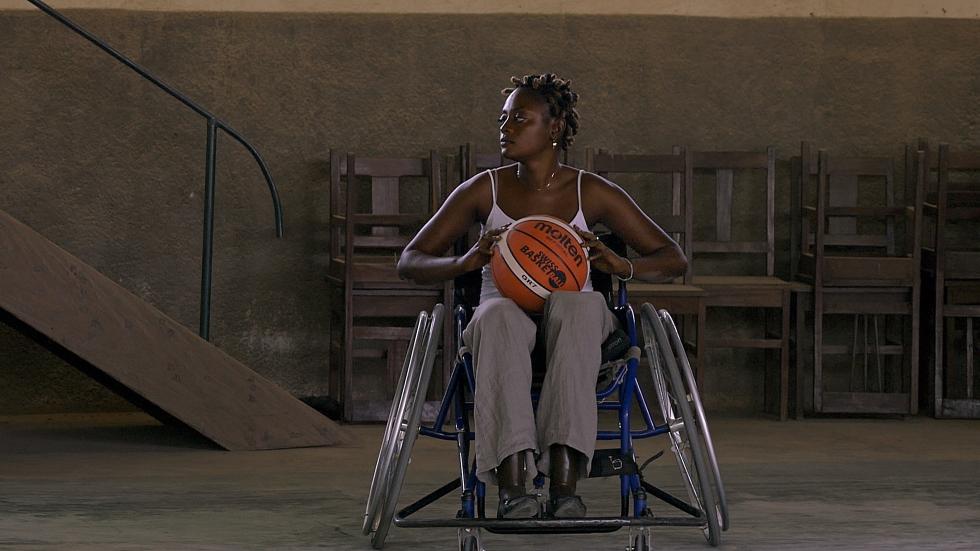 There are few films in 2020 that are more vital and urgent than this one: it is the compelling and overwhelming story of the journey made by a group of survivors of the Six-Day War (known as the "African World War") on their way to the Congolese capital, Kinshasa, seeking acknowledgement of the conflict, conviction and compensation for the damage suffered by the indolent authorities. A kind of film that dignifies humanity under the most harsh conditions, and in which the word "resilience" takes on a new meaning.

He was born in Kisangani (Democratic Republic of the Congo) in 1984 and studied Medicine. He then attended several documentary workshops. He is author of two short documentaries, Ladies in Waiting and Zero Tolerance, that caught the attention of several international festivals. He then directed four feature length documentary films that gave him worldwide recognition: Atalaku (2013), National Diploma (2014), Mama Colonel (2017) and Kinshasa Makambo (2018). In 2015, he created Kiripifilms, his own production company. In 2018 he received the True Vision Award at True/False (USA), and in 2019 he has been attributed the McMillan-Stewart Fellowship in Distinguished Filmmaking by the Film Study Center of Harvard University. Downstream to Kinshasa, his latest film, was part of Cannes official selection in 2020.