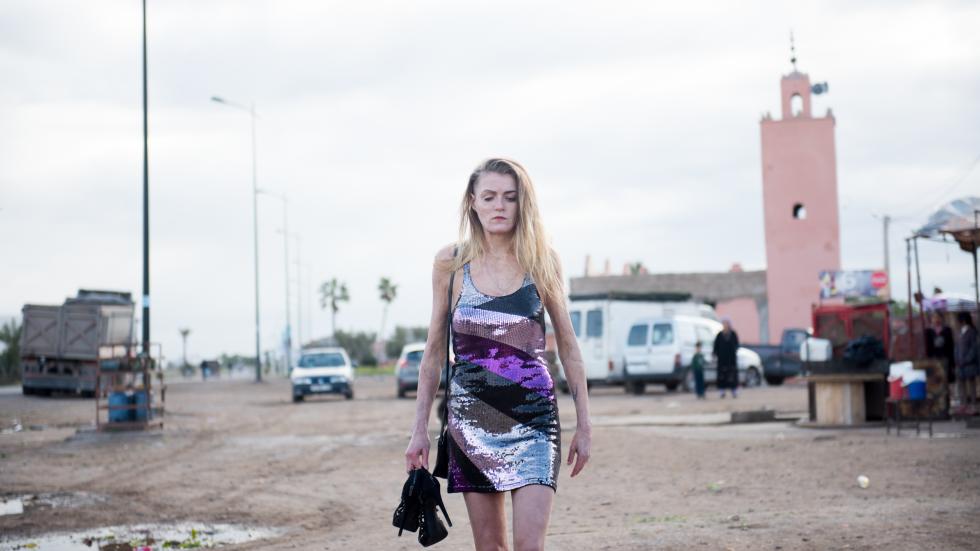 Jade is about to leave the hospital, and although the doctors are satisfied with her progress, for her things don't look so good. Out there awaits the challenge of rebuilding her life after her ex-partner attacked her with acid, leaving terrible scars on her face. The struggle of this young mother to regain sanity, control and enjoyment in her life and her body, it’s challenge embodied by Vicky Knight, an incredible debutant and also victim of burns in her childhood.

Sacha Polak is an award-winning director and screenwriter. In 2006 she graduated from the Dutch Academy for Film and Television. Her two feature films Hemel (2012) and Zurich (2014) were both selected for a range of international film festivals, with Hemel winning the FIPRESCI-Award (International Federation of Film Critics Award) at the Berlinale Forum and Zurich the International Confederation of Art Cinema Award (CICEA prize), the jury prize for Best Film at the Berlinale Forum. Dirty God premiered as part of the World Cinema Dramatic Competition of Sundance 2019 and was the opening film of the International Film Festival Rotterdam 2019.