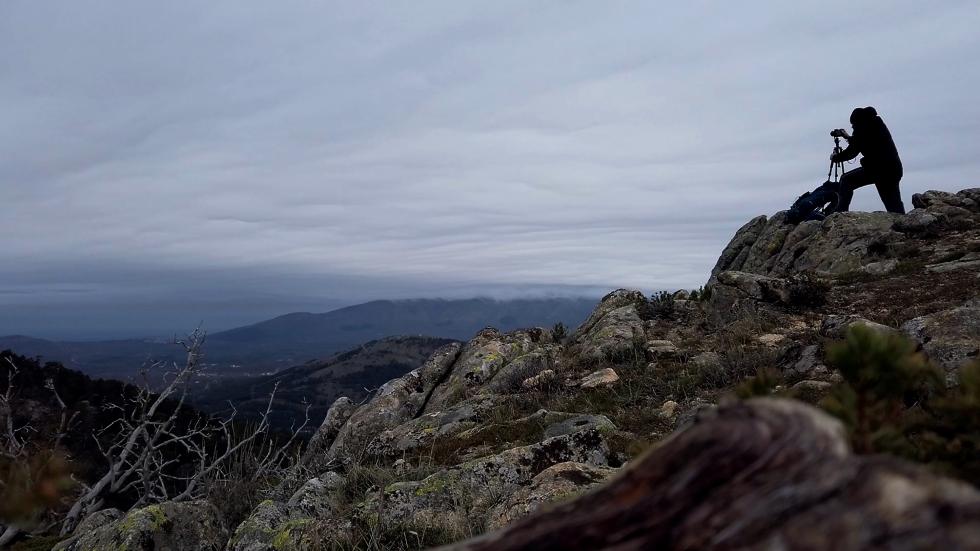 The screening on the 8th November at 8pm in Cinema Room 3 will be accompanied by live music played by José Vendetti, the composer of the film's soundtrack.

During the winter of 1974, Werner Herzog grabbed "a jacket, a compass, and a canvas bag of essentials" and set out on his journey from Munich to Paris in the belief that his deed would save the life of historian and film critic Lotte Eisner (and it did). Using Herzog's travel diary (published under the title Of Walking on Ice) as a map, Pablo Maqueda embarks on a new cinematic journey by foot in 2019, where he encounters the people and landscapes of Herzog, as well as the clues and seeds of all the filmography of the renowned German filmmaker (who also collaborates in the film with his unmistakable voice and commentary).

The session on the 9th November will be presented by Young Programmers.

He was born in Madrid in 1985, and studied Audiovisual Communication at the Complutense University. He made his debut with the comedy Billy Freud's Last Night (2005). He produced and directed the web series Denmark Street (2009) in England, commissioned by AOL London, and the audiovisual experience All the Women, featured in publications such as the New York Times, Indiewire, Fotogramas and El País. In 2012 he founded the production company We Love Cinema with Haizea G. Viana, along with whom he also created the initiative #Littlesecretfilm in which he premiered the feature films Manic Pixie Dream Girl and #REALMOVIE. He was recognized as an emerging talent by the magazine Cinemanía, and selected by the Regional Government of Madrid in the EFM Berlinale 2018 with his film project La desconocida. Dear Werner is his latest film.