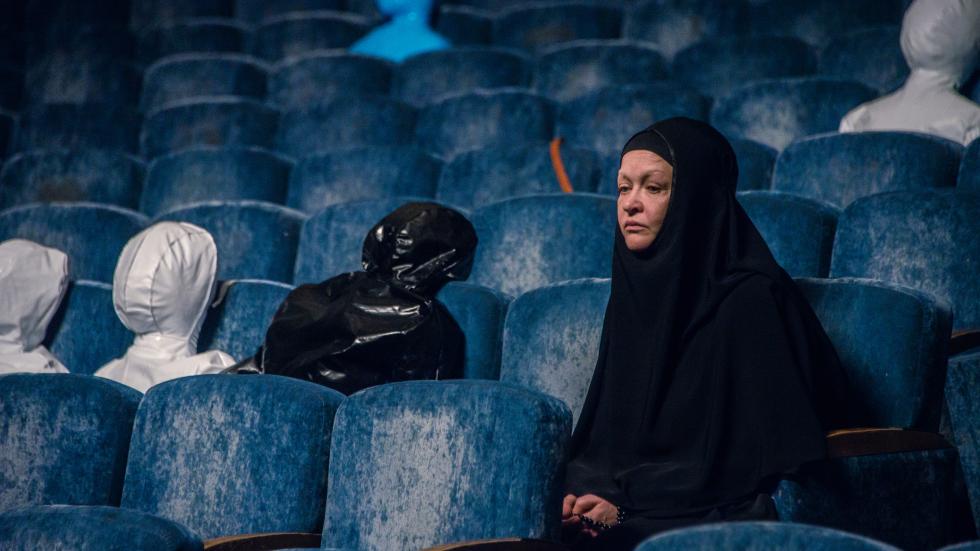 A mysterious "conference" is being prepared in a theatre. Natasha, a survivor of the notorious Moscow Dubrovka Theatre hostage incident of 2002 (the first crisis of Putin's government, solved in a controversial manner) organises a memorial for the victims. A tense and ghostly cathartic ceremony with which Tverdovskiy (Jumpman) makes puzzling depictions and raises eyebrows at Europe's recent history. To what extent is historical memory an act of justice, a therapeutic action or a hindrance to building a future? Both forgetting and recreating the trauma are two sides of the same coin.

He was born in 1988 in Moscow, and in 2011 he graduated from the Gerasimov Film Institute (VGIK). His documentaries have been awarded in many international festivals. Some of them are As If Waiting For a Bus (2009), Pianism (2012) and Space Dog (2013). Correction Class (2014), inspired by Ekaterina Murashova's novel with the same title, was his debut feature film, earning him awards at festivals such as Thessaloniki and Tallinn. Zoology (2016) was awarded the Special Jury Prize in Karlovy Vary and was screened at numerous festivals, including San Sebastian. Jumpman premiered in Karlovy Vary in 2018, and was also screened at the Seville European Film Festival. Conference, his latest film, had its premiere at the Giornate degli autori in Venice this year.