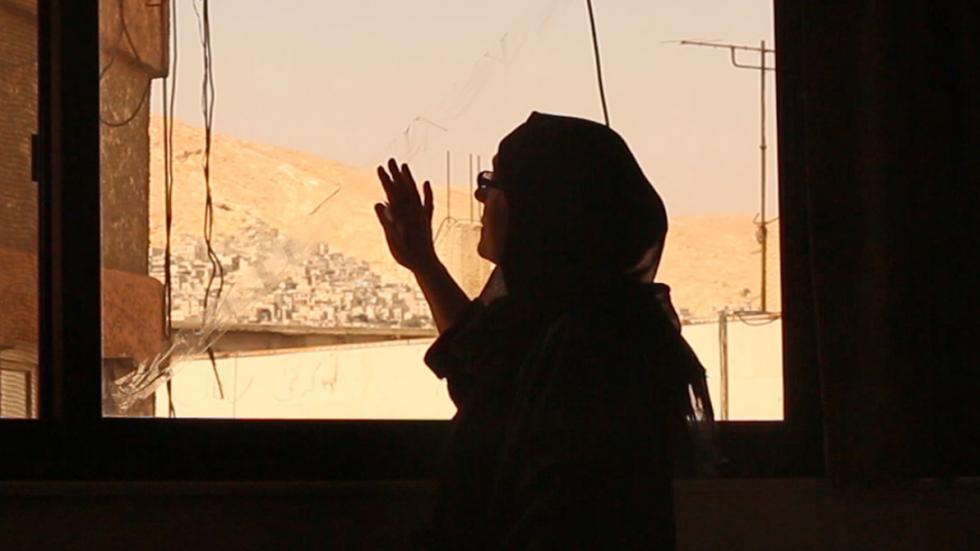 Winner of the Brown Bear in the Cineasti del Presente section at Locarno. There are many ways of dealing with what is happening in Syria. Far from the explosive hotspots and the cameras, three women resist in different cities, in a film that is like the real, introspective reverse of Insyriated. One, in Damascus, has cut off all contact with the outside world. Another, exiled in Sweden, immerses herself in her paintings. The third, recently arrived in Vienna, faces the big city and the uncertainty which she brings as baggage from Syria. Sara Fatahi establishes a conversation between them that is both close and impossible.

Born in Damascus in 1983, Sara Fattahi studied law and graduated from the Fine Arts Institute in Damascus. She has worked as a storyboard artist and animator for several networks such as Al Jazeera Kids and SpaceToon, and also as an art director for soap operas. She made her first short documentary 27 Meters in 2013, and her first feature length film, Coma (2015), was awarded the Sesterce d’Argent Regard Neuf Canton de Vaud award for the Best First Feature Film at Visions du Réel. It also won the FIPRESCI award at the Viennale and has been screened at numerous festivals such as MoMA’s Doc Fortnight and the Berlinale’s Critics’ Week. Her most recent film Chaos (2018) premiered at the Locarno Festival.