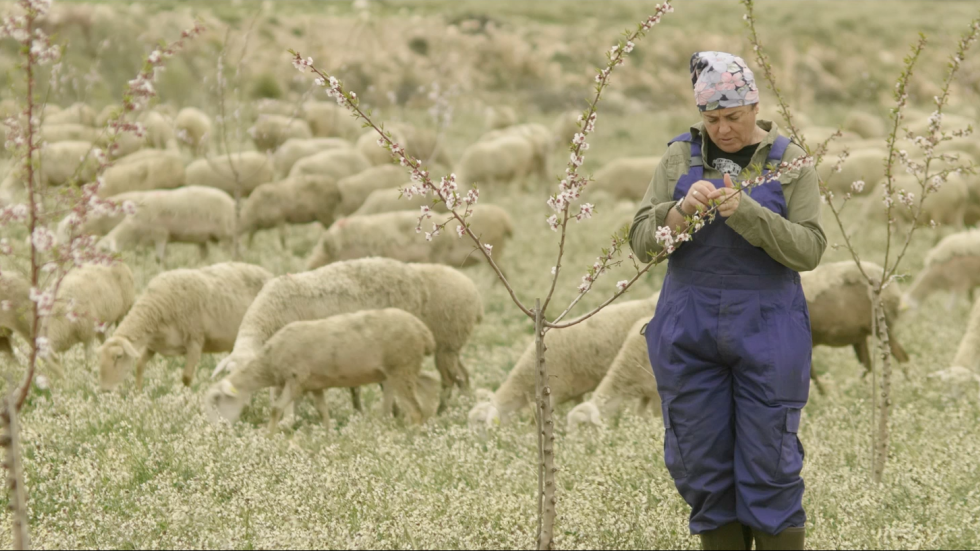 An intelligent, accurate and well-cultivated documentary view around agricultural work. An ancient craft  that is indispensable to life, an invisible pillar of society that Vargas portrays from a series of individuals who recover tradition in the search of a future that is more respectful towards nature and towards the human condition itself. Head, heart and hands: what it takes to work the land and also to tell a story.

She is a renowned conservation biologist whose work focuses on landscape restoration, recovery of endangered species, regenerative agriculture and revitalization of disadvantaged communities. Through her organization "Inspiration for Action", she develops initiatives that encourage collective creativity to reinvigorate degraded environments. She has been a leading figure in the recovery of several endangered species, such as the black-legged polecat in the United States, the golden crowned sifaka in Madagascar, and the Iberian lynx in Spain and Portugal. She was selected by El País Dominical as one of the 100 most outstanding people in Ibero-America, and was the recipient of awards such as the Premio a Toda una Carrera Profesional de la Consejería de Medio Ambiente de la Junta de Andalucía. Her first documentary, Cabeza, corazón y manos, introduces the Alvelal initiative, of which she is co-founder, as an inspiring example on how to combat the desertification and climate change.