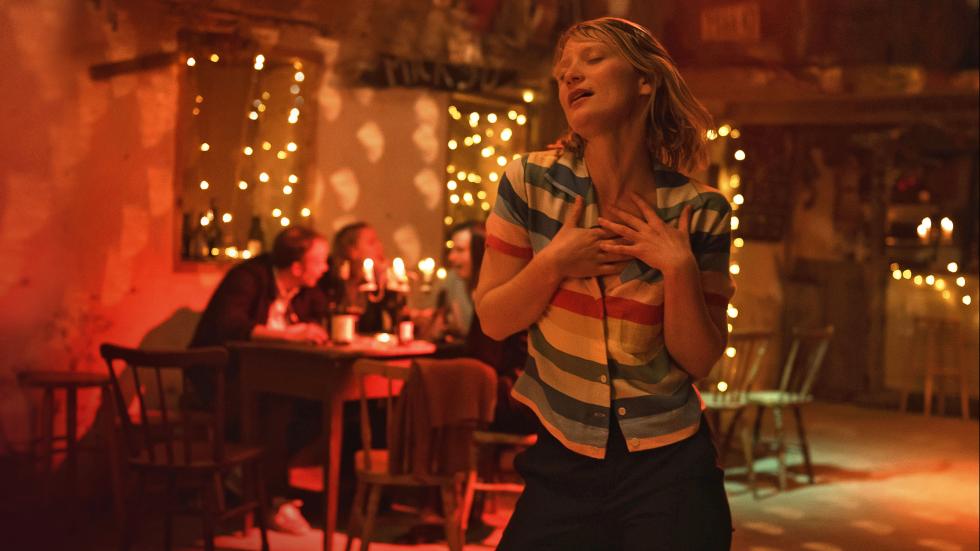 Rarely is there a place so intimately associated with the artistic and biographical landscape of a filmmaker as Fårö, the Swedish island where Ingmar Bergman shot a large part of his filmography as well as residing. A married couple, Tony (Tim Roth) and Chris (Vicky Krieps), both filmmakers, he: an accomplished veteran, she: with a career in the making, make a pilgrimage to Fårö. As so many of the Swedish master's films, Bergman Island begins as a delightful warm-hearted summer comedy and ends up as a metafilmic game with broad resonances that range from the director's multiple legacies to the specific challenges of an aspiring female filmmaker.

Paris, 1981. She got her first role (while still in high school) in Olivier Assayas' Late August, Early September (1998), also appearing in Sentimental Destinies (1998). She contributed as a critic in the magazine Cahiers du Cinéma between 2003 and 2005. After several short films, she made her debut at the Cannes Directors' Fortnight with All is Forgiven (2007), earning critical acclaim and the Louis Delluc Award for Best Debut Film. This was followed by Father of My Children (2009, awarded at Cannes), Goodbye First Love (2011), Eden (2014), Things to Come (2016, Silver Bear for Best Director at the Berlinale) and Maya, which premiered at Toronto and in the Official Section at the SEFF. Bergman Island was part of the Official Competition at Cannes.