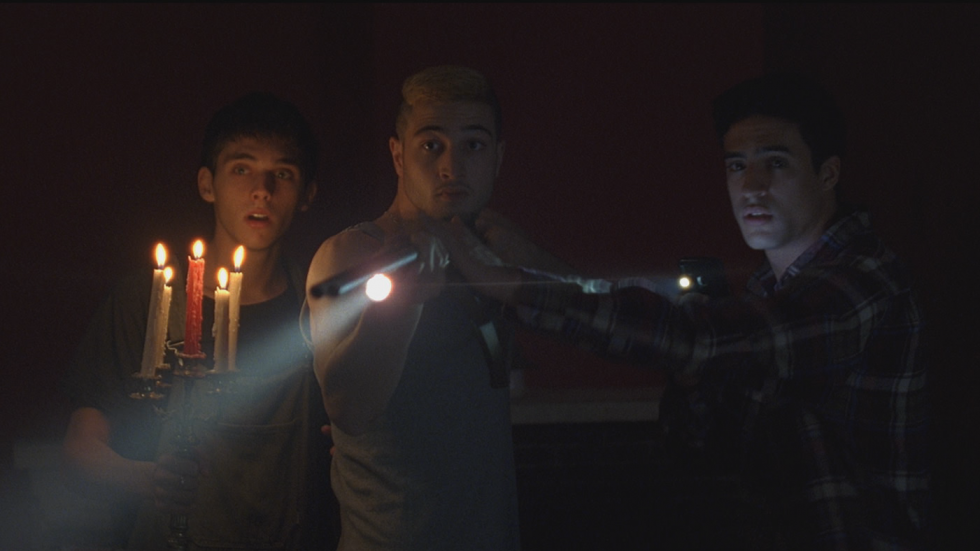 85 minutes of tension and adrenaline is what Atomic Summer is all about. One morning, while running, Victor (Shaïn Boumedine, Mektoub My Love) bumps into some friends who are coming back from a party. There is a nuclear alert in the air, and they take refuge in a house in an evacuated zone where they are confined. Victor is unable to find his partner, who is pregnant. The situation is more serious than it seems. Unresolved issues are revealed to each other, emotions explode as the world around them seems to blur into an uncertain future

With a documentary background, Gaël Lépingle has been making films for the past fifteen years, selected in international festivals such as the Cinéma du Réel, Rotterdam, La Viennale or Jeonju IFF (Korea). His films have received awards such as the Grand Prix of the French competition at the FID, the international film festival of Marseille. He has long worked for the rediscovery of filmmaker Guy Gilles, through two documentaries (Guy Gilles et le temps désaccordé, Guy Gilles photographe), a book, festival programs and conferences. His medium-length film Une jolie vallée (2015), an entirely sung documentary, has been released in theaters in 2019 in Paris. He has also directed numerous choir operas co-written with Julien Joubert.