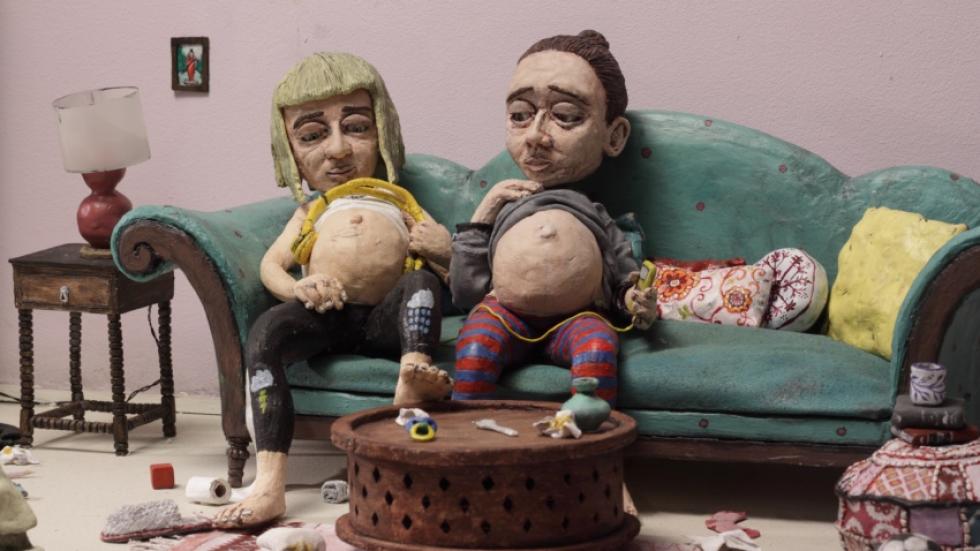 Chick flicks are those films intended for the female public. Romantic comedies, emotional stories and melodramas: that is, a whole collection of clichés about what girls are supposed to like and about the ideals to which they aspire. We present below a collection of animation films about women who are annoyed, frenzied, deranged, angry, perverse, rebellious and evil minded. Films at times brutal, at times humorous, surrealist, insane, incisive or frantic. Anti-chick flicks that, even in their most outrageous versions, are closer to life than all the Bridget Jones and Amélies in the world.

These shorts can be watched on our online programme on FILMIN.

THE NOISE OF LICKING

Nadja Andrasev | Hungary | 2016 | 9 min. | No dialogue.
A woman, her plants and the shameful perversions that she hides behind the walls of her house, only known by a cat who visits her every day. Cinéfondation Award at Cannes.

Renata Gasiorowska | Poland | 2015 | 8 min. | No dialogue.
A girl, alone at home, tries to pleasure herself. But the outside world keeps interrupting her.

Rosanna Wan | United Kingdom | 2015 | 8 min. | No dialogue.
Enigmatic, surreal story of the creation of the world in three parts.

Joanna Rytel | Sweden | 2016 | 15 min. | O.V Swedish with subtitles in Spanish and English.
Pregnancy, a state of fullness for a woman...of fullness as in a pressure cooker, full of discomfort and unsuitable impulses. Here are two future mothers “on fire” about to explode, and whose causticity and bad moods have earned them the Teddy award for best short film at the Berlinale and a jury prize at Annecy.