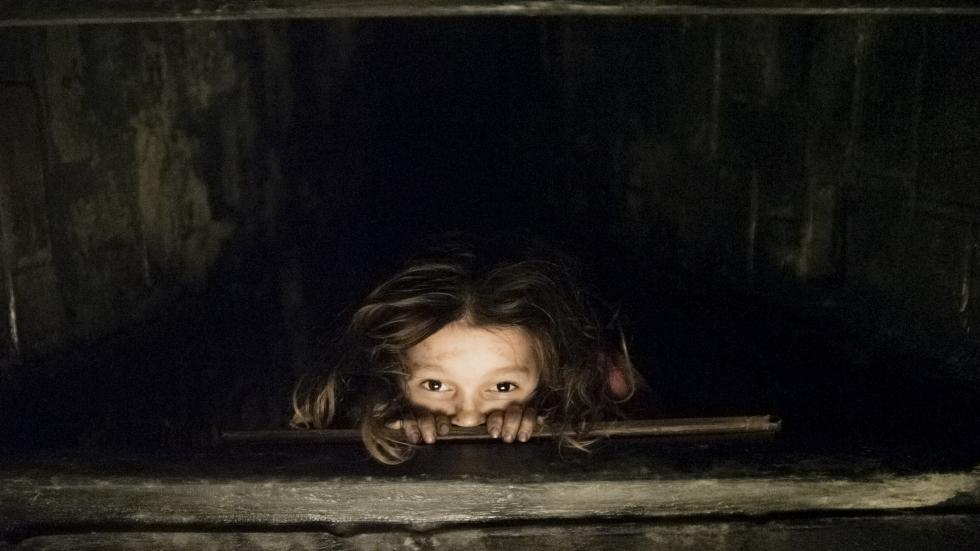 Ukraine 1941. The body of a little girl emerges, alive, from a mass grave after a terrible massacre. This is only the beginning of an amazing war for survival that will be fought in the hollow of a chimney in a school occupied by the Nazis.

He was born in Siberia in 1966. He studied Engineering and worked on space defence projects. In 1990 he became an economist, and held a management post at the Sverdlovsk State Studio. Since 2000 he has participated in the production of over 80 films. He studied play writing at the Russian Institute of Cinematograph and has written scripts for award winning documentaries. In 2004 he cofounded the production company 29 February. As a film director, some of the milestones in his career are First on the Moon (2005), which is considered the first Russian mockumentary, winner of the Orizzonti Award in Venice, Silent Souls (2010), which reaped four awards in Venice, as well as various other awards in festivals around the world. The same occurred with Celestial Wives of the Meadow Weeds (2012) and Angels of the Revolution (2014). Anna’s War premiered at the Rotterdam Festival in 2018.