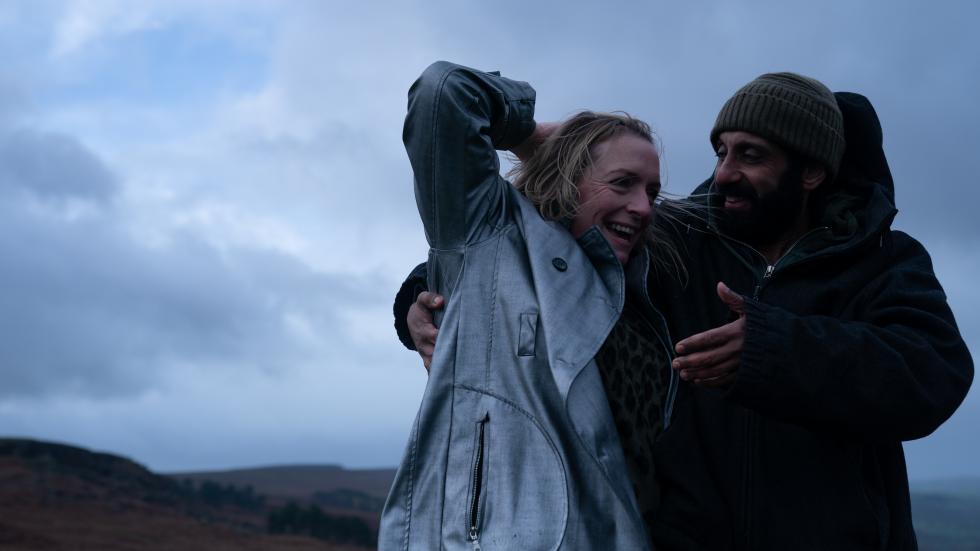 Ali is passionate about punk, soul and electronic music; Ava prefers to listen to folk. He doesn't dare confess to his very religious family that he is separating from his wife. She is already a grandmother working as a teacher's aide at the local school. Clio Barnard subverts cultural stereotypes and shines a light on British social realism in this unexpected rom-com about a middle-aged couple who fall in love despite their many differences, including musical ones. While not turning its back on the problems of a working class neighbourhood, Ali & Ava celebrates life and love bursting out at the most unexpected moments, through a soundtrack full of great songs that define and bring the protagonists closer together.

Originally from Yorkshire, UK, she studied Fine Art at Northumbria University before directing the short films Lambeth Marsh (2000), Random Acts of Intimacy (2002), and Flood (2003). In 2010 she made her feature debut with The Arbor, a compelling non-fiction experiment that earned her awards at Punto de Vista, Tribeca and the London Film Festival to name a few. She then embarked on her feature-length fiction career with The Selfish Giant (2013), winner of the Best Screenplay Award at the SEFF and The Europa Cinemas Label at Cannes, nominated for the BAFTA and Lux Awards, among other prizes. It is followed by Dark River (2017), winner of an award at Toronto and Ali & Ava, premiered at the Directors' Fortnight at Cannes; present at Karlovy Vary and Toronto. She is currently working on the TV adaptation of Sarah Perry's novel The Essex Serpent.