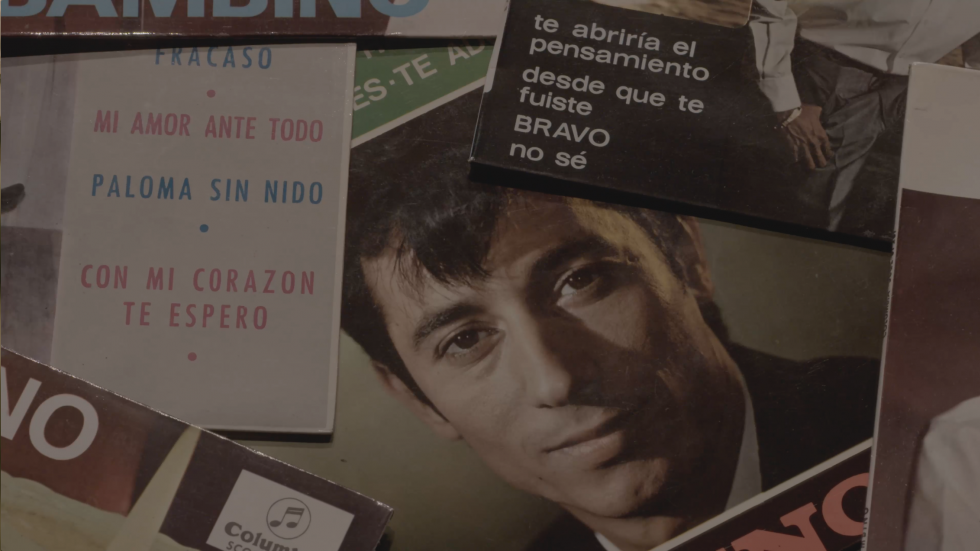 "Oh, Bambino, picolino / you have the sallow colour of the canastera people / and in your eyes I can guess / that you were born on the road that goes from Seville to Utrera". This is how Miguel Vargas Jiménez sang, an extrovert gypsy from Utrera, cult artist, wild and groundbreaking early morning star of the golden age of the tablaos. By blending coplas, boleros, rancheras and bulerías with rumba rhythms and tragic lyrics, he became Bambino, an Almodóvar's soundtrack, bestowed by Ava Gadner, paid tribute to by Sabina, the king of flamenco rumba who conquered the petrol stations, hearts and the nights of a nation. Here we delve into its history by his hand, and with interventions by José Mercé, Justo Molinero, Los de Río, Nazario, Máximo Valverde, Alberto García-Alix, Bunbury and Cristina Cruces.

Born in Huelva in 1978, Ortiz is a film director, TV producer and founding partner of Sarao Films together with José Carlos de Isla. He has directed the feature documentaries Deportados.1969 (2011, finalist at the Imagenera Awards), Miguel Poveda (2015, nominated for the Forqué Awards and Best Editing at the Asecan Awards), Acariciando el aire. Matilde Coral (2016), A remo (2017), Se prohíbe el cante (2019) and Historias del Agua (2021), which is also an 8-episode series. He has also directed the short films Somos los ríos (2017), Cádiz, playas para el mundo (2018), Llamando al cielo (2019) and Hacerlo Posible (2021) in collaboration with the University of Seville. He has produced TV programmes for TVE, Canal Sur and Canal Extremadura, as well as commercials and video clips. Two of his concert DVDs have been nominated for Latin Grammy Awards. He has been a teacher at the CEADE LEONARDO School since 2017.