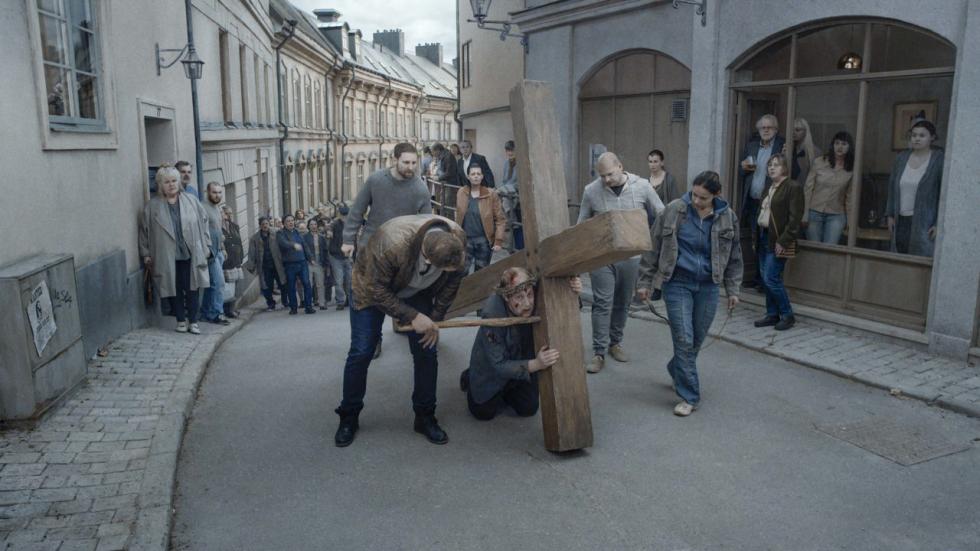 Roy Andersson won the Silver Lion for Best Director in Venice for this film, his classic style of vignettes reaches its maximum purity, and a masterful manipulation of the comical tension as he uncovers, with minimal gestures, all the absurdity of this dehumanized society. Andersson's personal version of The Thousand and One Nights, in which his Scherezade takes us through stories like that of a priest who has lost his faith, Hitler in his bombed bunker and a dentist who decides to rebel against his patient, to name a few. One more piece that prove Andersson's work to be coherent and masterful in its entirety.

Roy Andersson (Sweden, 1943) has become one of the sharpest commentators of our time thanks to a body of films that have known how to gloss the absurdity and desperation of existence. His career began with the great success of A Swedish Love Story (1970), which won four awards at Berlin. After Giliap, there was a parenthesis in which he directed over 400 commercials, slowly chiselling a style what would open in World of Glory, flourishing in all its splendour in his “trilogy on existence”, the last piece of which, A Pigeon Sat on a Branch Reflecting on Existence, won the Golden Lion at Venice in 2014. He premiered in that same festival his latest film, About Endlessness, that won the Silver Lion for the Best Director. Besides all this, Sevilla Festival gave him a honorary award to his career last year.

THE BEARS' FAMOUS INVASION OF SICILY

GOD EXISTS, HER NAME IS PETRUNYA

IT MUST BE HEAVEN