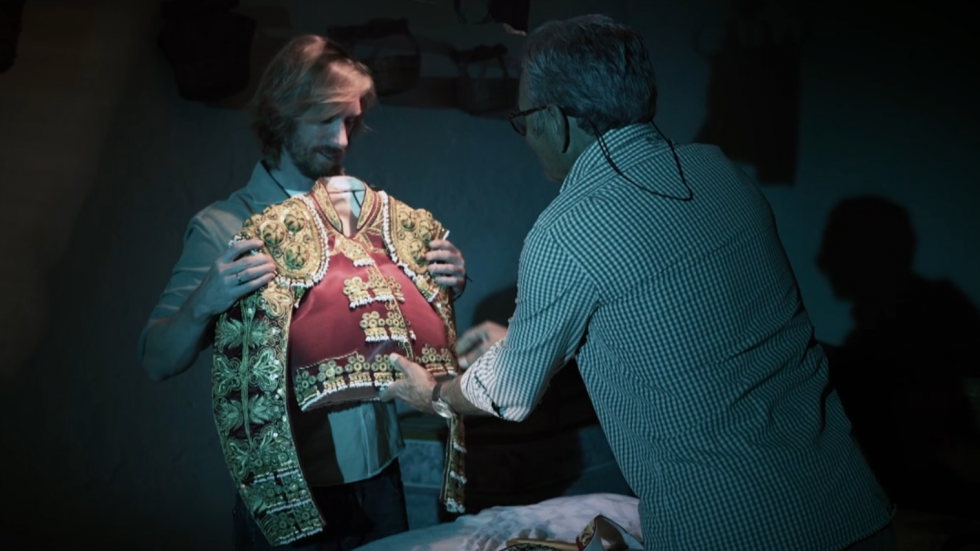 When Ken Farrell (Ken Appledorn), a young PhD student from New York, learns the story of Sidney Franklin, a Jewish and gay countryman who became a bullfighter in Las Ventas in 1945, decides to explore Andalusia. Nonio Parejo takes this fictional alternative to open the way for this documentary, the surprising story of the North American bullfighters who appeared in the bullrings in the 20th century. Among pastures, craft workshops and bullrings, talking to bullfighters, female bullfighters and writers, Ken discovers the story of these six Yankee bullfighters (two of them women) as he himself is carried away by this art to the point of deciding to leave John, his partner in New York.

A veteran film director and graduate in Philosophy and Arts, he began his career in the cinema world in 1976 with the film Fin de Meridiano. Together with Juan Sebastián Bollaín, he co-directed La Alameda (1978) and CA-79 (1979). That year, together with Fernando Ruiz, he founded the Cooperativa de Cine Andaluz, directing the documentary Andalucía 28-F, becoming one of the most outstanding narrators of Andalusia during the Transition. From the 1980s onwards, he began making documentary series for television, interspersed with work in documentary and advertising films. His adaptation of Juan Goytisolo's Campos de Níjar dates from 1984. In 1996 he founded his own production company. His latest works premiered at the Seville Festival are El Regreso (2010), La guerra olvidada (2011) and Más allá del escenario (2017). 6 toreros 6 is his most recent film.