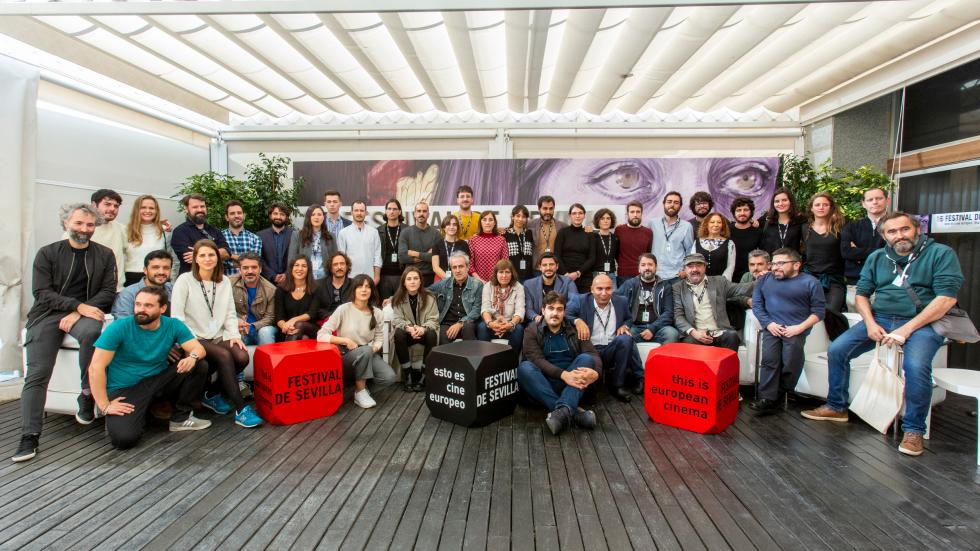 The Andalusian Film of the Seville Festival positions in front of the actual reality from the most identarian and compromised culture, expanding the Andalusian boarders and geography.

Reformist art, most well-known History and criticism about global conflicts are the fundamental issues of the ten feature films selected in this edition of Andalusian Panorama, being seven of them world premieres. The works presented this year position in front of the actual reality from the most identarian and compromised culture, expanding the Andalusian boarders and geography.

Remedios Malvárez, director together with José Romero (Menese), has defended “the honest work of a singer who revolutionised flamenco and confronted Francoism with a protest version of the genre that not that much people know”. Also in the musical scene, the director of Manolo Sanlúcar, El Legado, Juanma Suárez, has pointed out that his work is based on the need of “seeding the life and work of an artist without artifices”.

On his part, José Carlos de la Isla, producer of Se Prohíbe El Cante, a film that relies on Rocío Márquez and Miguel Poveda, has expressed the importance of “reclaiming the role of flamenco’s groups as a historical place of conservation of this art”. 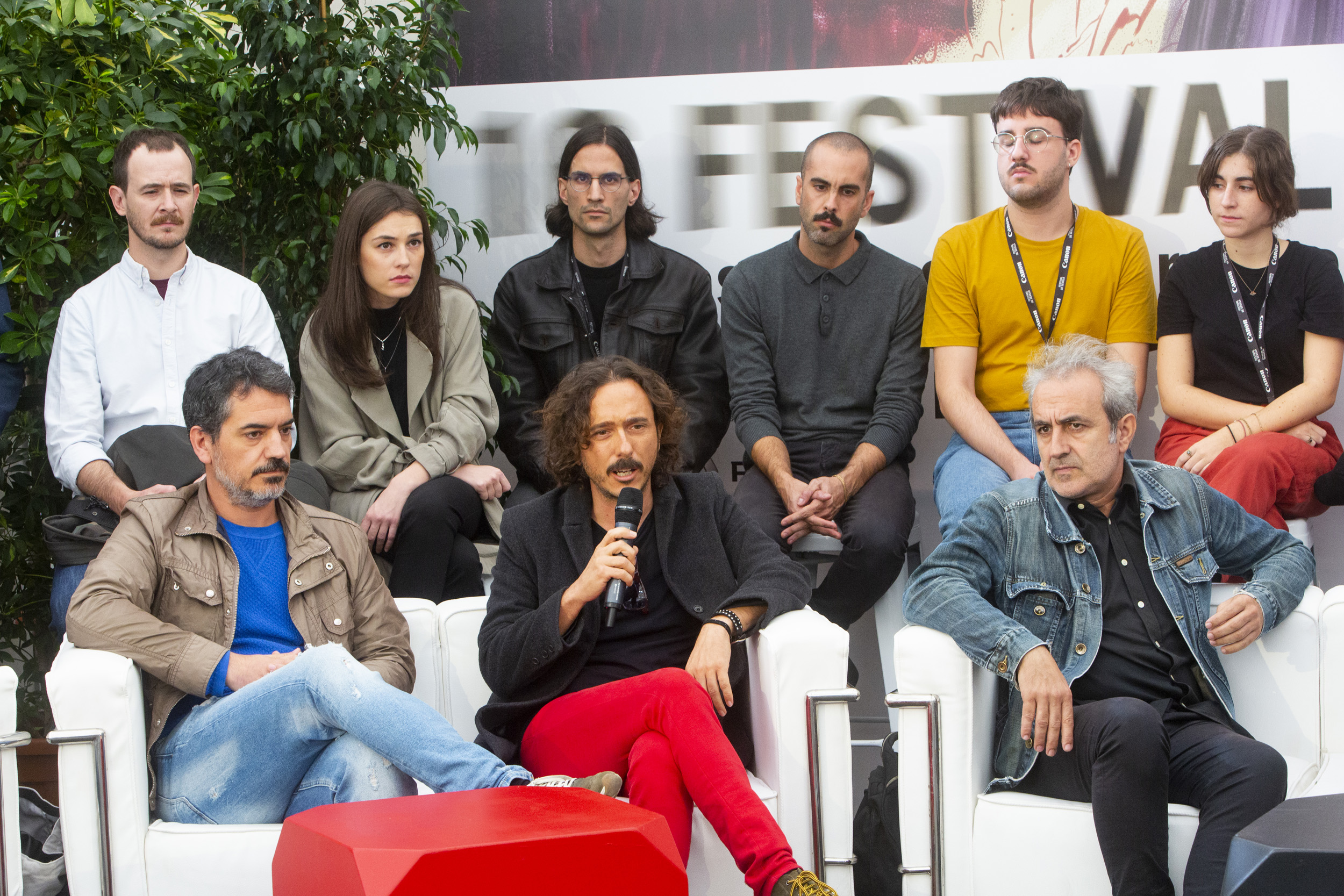 In La Libertad es una Palabra Grande, a co-production between Spain, Brasil and Portugal, his director, Guillermo Rocamora (Uruguay, 1981), has mentioned his intention of “documenting the fight for recovering a life that was taking away from the lead”, Muhammad, who after thirteen years being subjected to Guantanamo’s tortures, is set free.

Isaías Griñolo (Bonares, Huelva, 1963) has defended his film Auschwitz on the Beach as “a political act facing the fascism in Spain and in Europe in recent times”.

Among the attendees, Guillermo García, author of Reporteras de Buen Rollo, a film about the formative process of a women group in Polígono Sur, has pointed out that “the theatre radio or any cultural manifestation can be a tool of social transformation”.

To finalise the act, Pepe Quero (Granada, 1960), responsible of Nos Salvará la Risa (Los Ulen, 30’s), has made the audience laugh when reciting Carlos Cano and mentioned the reactions by the audience when they saw the film: “Some of them pissed in their pants and others cried laughing, they are two possible ways of flushing out water”. 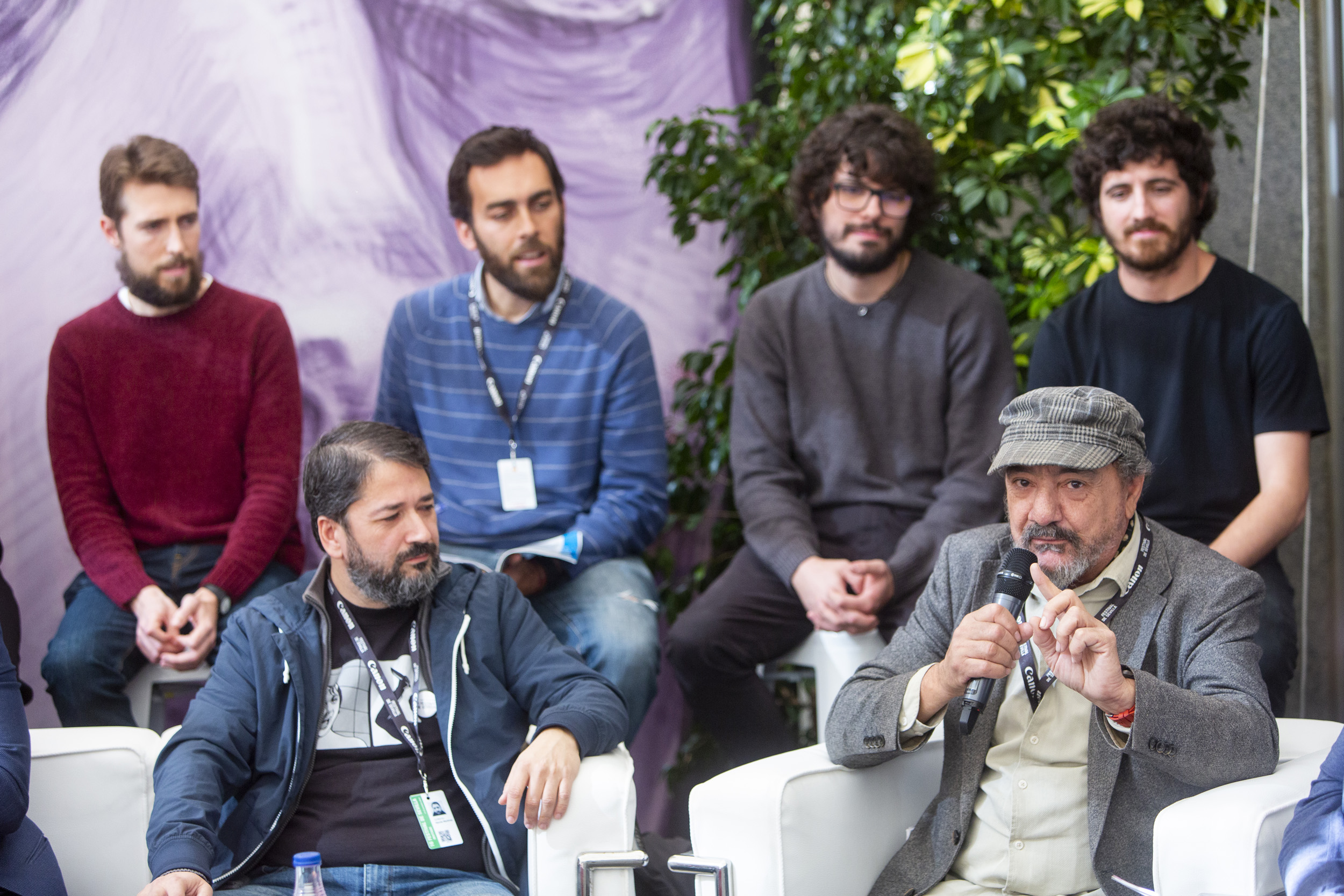 In addition, the Andalusian Panorama Section brings together a total of 26 short films that will be able to be seen together in several sessions. In the case of the 25 works competing, they will opt to the Valpuesta Rosario Awards that gives Pablo de Olavide University: for the Best Short Film (2,000 euro) and for the Artistic Category (music, script or direction, 1,000 euro).