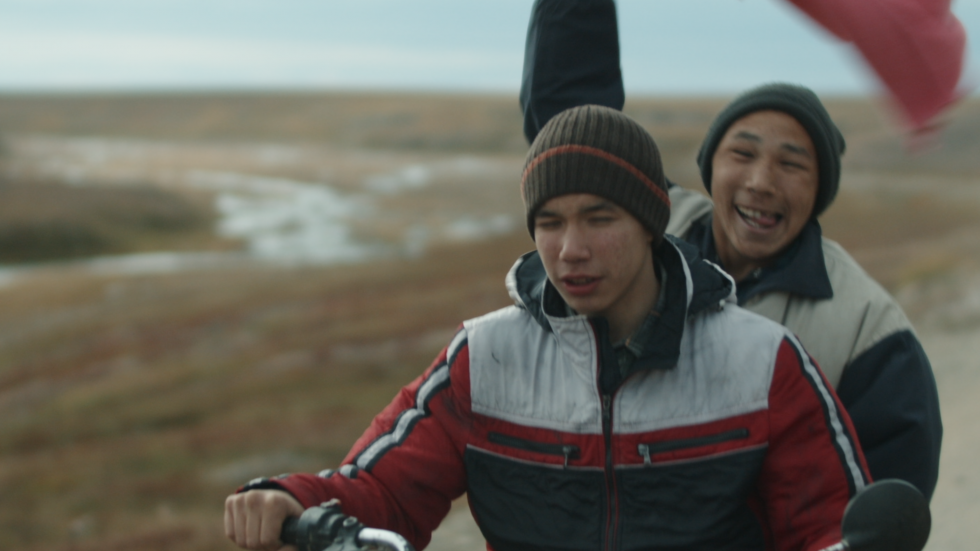 Lyoshka pursues a love story that seems impossible. He has fallen in love with a camgirl who lives thousands of miles away, on another continent. Thus, he sets out to fulfil his particular American dream: to cross the Bering Strait in search of the girl he adores. Philipp Yuryev won the Venice Days Best Director Award at the Biennale 2020 with this portrait of a unique community, the whaling villages of northwest Russia, based on a universal story of transition to adulthood that this first-time director who has a keen eye for powerful images presents us with tenderness and delightful pop songs.

Moscow, 1990. He graduated from the directing department of the VGIK (Russian State University of Cinematography) in 2011 and made his mark with his first short films: The First Jump (2008) which was selected in various international festivals and won awards at the São Paolo IFF and the Abu Dhabi IFF; his graduation short, The Song of the Mechanical Fish (2011), reached the Sundance and Clermont-Ferrand festivals, and received the Special Jury Prize at the Rio de Janeiro IFF as well as at the Message To Man IFF in St. Petersburg. His debut feature The Whaler Boy (2020) has won awards at the Giornata degli autori at the Venice Film Festival in Sochi and at the Cinema Jove in Valencia.