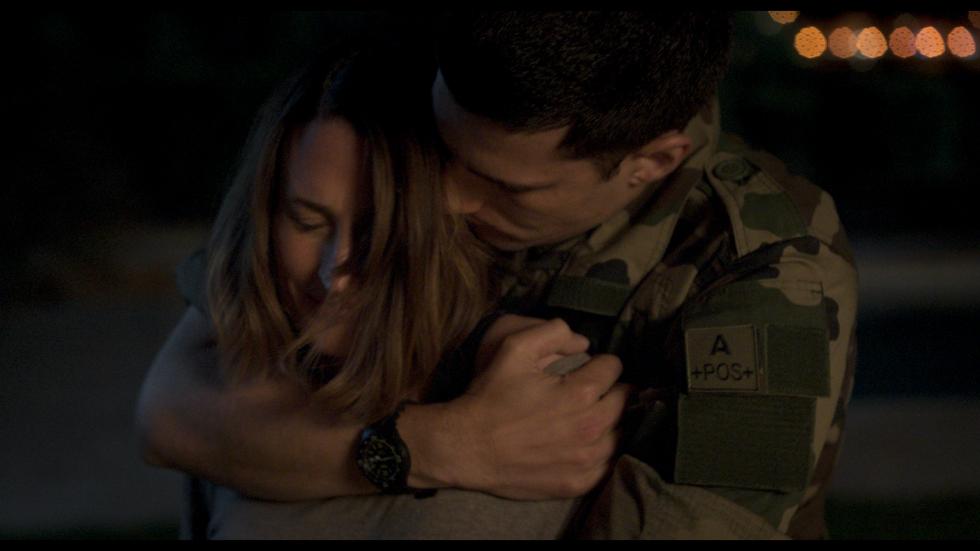 The rarely seen "B-side" of a war movie would be Our Man, which allows us to see the world through the eyes of two women whose partners are part of the French Legion. Céline, wife of Major Maxime (Louis Garrel) guides Nika (Ina Marija Bartaité, daughter of Sharunas Bartas), recently arrived from Ukraine, on the wait at the military base in Corsica while the men are on mission in Mali. A wait full of loneliness and boredom (punctuated by moments that pay homage to and recall Claire Denis's Beau travail), in which themes such as death, machismo, violence, loneliness, sex and infidelity come to the surface.

Strasbourg, 1984. After combining studies in Philosophy and Dramatic Art in Strasbourg, she obtained a Master's degree in Directing at the IAD film school in Louvain-la-Neuve, and has been living in Belgium ever since. Her graduation short, Pour toi je ferai bataille (2010), won the Silver Leopard at Locarno. She then made another short film, Les navets blancs empêchent de dormir (2011), before completing her feature debut Baden Baden (2016), which completed a trilogy focused on exploring the transition from adolescence to adulthood of a young French girl from the provinces. In parallel, Rachel graduated as a lieutenant in the French army, and is in the reserve of the 40th Signal Regiment in Thionville. Our Men is her second feature film, reflecting her knowledge of the military world.