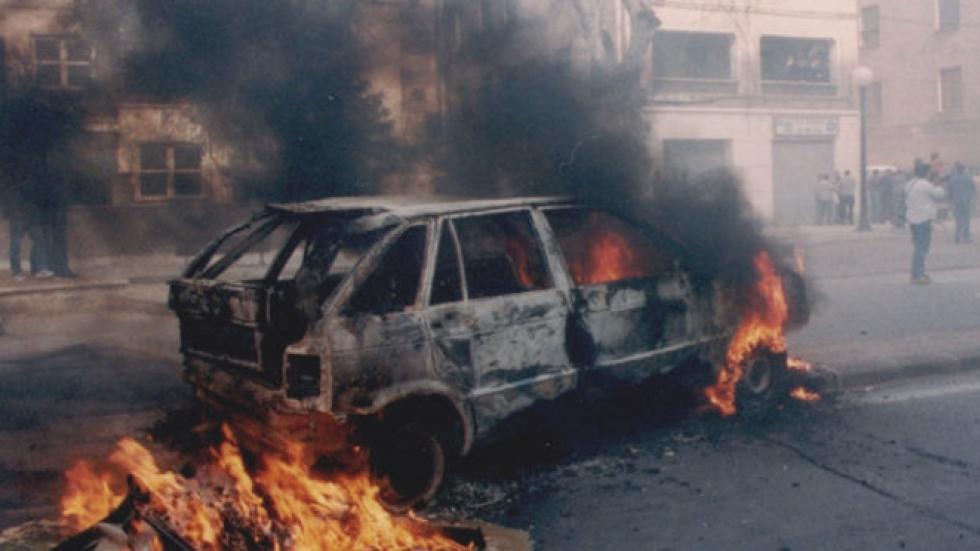 The second feature film by the director of "El Futuro" has just been awarded with the Grand Prize of the prestigious Cinema du Rèel International Film Festival.

The Seville Film Festival will host, as part of its 17th edition (the Spanish premiere of 'The Year of the Discovery', a film directed by Luis López Carrasco, which recently won the Grand Prize of Cinéma du Réel, a film festival that combines documentaries, essays and experimental films in its programme.

López Carrasco's film, which premiered worldwide at the Rotterdam Festival, also won the Libraries Jury Prize along with 'Makongo' by Elvis Sabin Ngaibino.

In Spain, the film will premiere in the Official Section of the Seville Festival. López Carrasco returns to the festival after his successful participation with his first solo feature film "El futuro" in the section Las Nuevas Olas, in the tenth edition of the event.

"The Year of the Discovery" is centred on 1992, the year of the Seville Expo and the Barcelona Olympic Games, setting its sights on the workers' revolt that ignited the Murcia Parliament. Carrasco is playing again, as in his previous feature film, with the documentary genre, the action is set in a bar featuring the testimony of citizens of Cartagena who lived that era, along with new generations that will narrate their memories, thus creating a choral portrait, composed of forty-five characters, from the suburbs of Cartagena and La Union.

Luis López Carrasco (Murcia, 1981) is a producer, director, scriptwriter and co-founder of the audiovisual collective Los Hijos (whose feature film "Árboles" participated in the Resistance section in 2013) The film is dedicated to experimental documentary cinema. His work as a director has been screened at numerous international festivals such as Locarno, Rotterdam, New York, the BAFICI (Buenos Aires) or the Biennale (Venice), and in contemporary art centres such as the Georges Pompidou (Paris), the Guggenheim (Bilbao) or the Museo Nacional Centro de Arte Reina Sofía (Madrid).