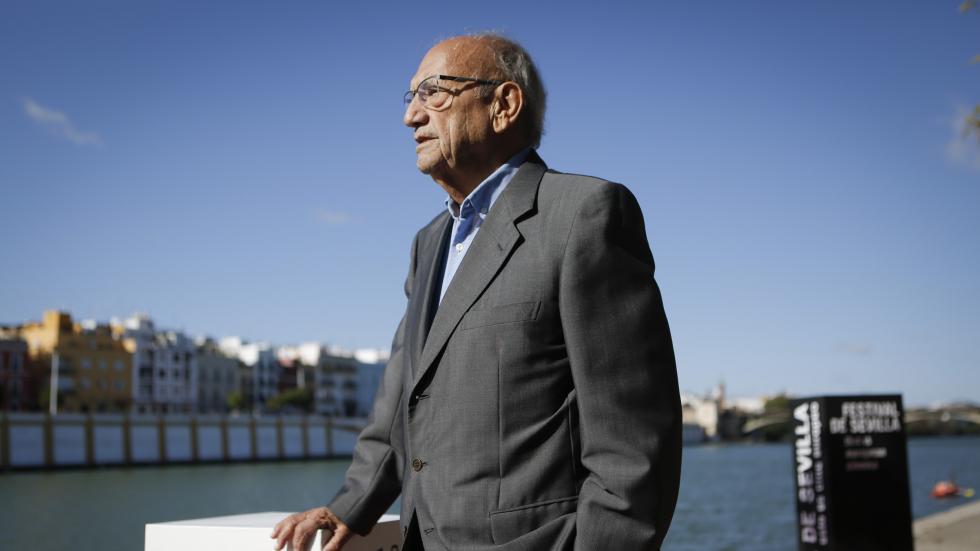 The Catalonian filmmaker will receive the Giraldillo de Honor, an award that recognizes his outstanding path as a producer and director

This will happen during the opening ceremony of the Festival 16th edition, which will hold the Spanish premiere of “Mother”, by Rodrigo Sorogoyen

Producer, director and scriptwriter Pere Portabella, key figure in Sanish cinema, has met the media at the 16th Seville Festival, which will open tonight with a gala during which the Giraldillo de Honor will be awarded. Maker of some essential titles from our cinematography, such as “Viridiana”, “El cochecito” and “Los golfos”, the Catalonian filmmaker has talked about those works’s willings to “break up with the art’s subordination to market on behalf of those time’s institutions”.

Out of convention and creator of a set of works ahead of his time, Portabella has expressed that films don’t have an end. “My job as a filmmaker is to propose, so that it is the viewer who figures it out with their own experiences and needs. Some people want to recognize a landscape, but they have to face the work themselves”. For this legendary director, “we all have the capacity to receive information through our senses. The only thing I do in my movies is to move the spaces, not tell stories”, he said.

Built around the anti-Franco struggle, Member of Parliament and senator for decades and with an activist filmography, Portabella has advocated for “implication and solidarity”, and also for political movements to “sort out the political impasse”. He also quoted a document assigned to him by the Minister of Culture, in which he defended “dialogue until exhaustion”, pointing out that “political Europe must strengthen the ties among citizens” if it wants to solve the current crisis.

The Festival’s director, José Luis Cienfuegos, who hosted the meeting, pointed out that this honorary prize represents “a very happy moment, being such a fundamental character for this country’s democracy”. Cienfuegos has valued the fact that Portabella has always opened new ways for culture, fleeing from common places and accomodating industries and transforming films into a place for critical reflection for a more compromised and critical citizenship”.

Opening with “Mother”, by Rodrigo Sorogoyen

The Festival 16th edition, held until November 16th, will open tonight with the Spanish premiere of “Mother”, by Rodrigo Sorogoyen, after the great success of his former film “El reino”, which was awarded seven Goya. A project born from the same title short movie from 2017 although, according to the director, “the idea here was to run a different and funnier path”. We wanted to detach ourselves from the thriller genre, to focus on the characters more than on plot”. One of the key aspects, according to Sorogoyen, was to deal with characters in a subtle way and through ellipsis, “trying to plan questions more than explaining the answers”.

The film main character, Marta Nieto, who was awarded Best Actress in the Horizon section at the Venice Film Festival, plays the role of Elena, a mother who receives a phone call from his six year old son, telling her that he is lost on a beach in France and cannot find his father. Nieto pointed out that “it was important that the character’s state was inhabited before starting shooting, something that has to do with the character’s personal loss. Her vulnerability contrasts her strength, she is a woman who is surviving”.

The Festival 16th edition opens with “Mother”, within an edition that will once again make Seville the capital of European cinema and will bring together the most acclaimed directors. Names such as Robert Guédiguian, Elia Suleiman, Abel Ferrara, Justine Triet, Albert Serra, Joanna Hogg, Pietro Marcello y Mark Cousins, among others, will meet along the nine days the festival will take place, screening over 230 titles with numerous world premieres and an various meetings and activities open for the audience.