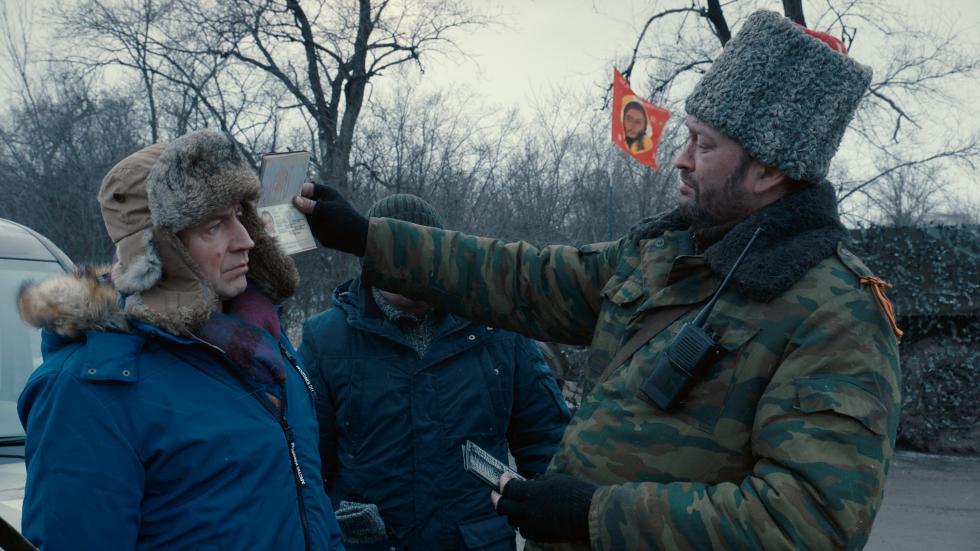 The Jury of the OFFICIAL SECTION of Seville European Film Festival 2018, composed by Nerea Barros, Russ B. Collins, Marion Döring, Inés Nofuentes and Jonás Trueba have decided to award the following films:

“The film achieves an exquisite mix of fiction film form and documentary film feel. The excellent cinematography provides a creative and clear view of the relentless tragedy of the “fog of war.” Writer/director Sergei Loznitsa effectively balances the horrors of violent armed conflict, plus the animus of nationalist posturing, with an affecting and watchable story on a relatable human scale.”.

“An impressive production of an autobiographical story. Set in Thatcher-era Great Britain, this tale of a dysfunctional family is presented with a truthful eye, in an engaging way. It uses an innovative visual style, creatively crafted and finely observed. Strong performances by a talented cast creates a compelling film of clueless parents and their struggling children on a collision course with destiny”.

“This cinema verité style documentary is a chronicle of childhood sexual abuse in a closed orthodox Jewish community in Israel. Focusing on an earnest, now adult victim seeking understanding and personal reconciliation, the director follows this compelling character with a moving camera that expresses the nervous energy of its subject. A desaturated color palette, with much of the film shot at night, brings the pain and the hope for healing to light and life on the screen”.

“A witty, wild and fun animation adventure! The excellent screenplay is a creative, joyfully and assuredly absurd story, which toys with “James Bond” style international masterminds and deep state law enforcement heroes. The animation is beautifully executed, literate and playfully ironic. Set in the context of the world’s finest art museums and high-brow art exhibition it creates a decidedly fun and smart movie experience.”

“Although not a professional actress, Joy Anwutika Alphonsus carries the film through her captivating, open, honest, intelligent and authentic performance. She plays a human trafficked sex worker in Austria trying to escape from third-world poverty. She struggles through the indignity of circumstance with a focus on achieving a life of dignity and personal freedom – despite the odds.”

“This gay themed tragic comedy is brought alive by the skill and chemistry of Pierre Deladonchamps, as an AIDS infected, charming and appealing character and Vincent Lacoste, an energetic 20-something who is discovering his life, love and destiny. Playing off each other in an easy, fun and natural way they make their characters and the film poignant and compelling”.

“With this award the jury wishes to pay tribute to the intriguing visual concept of the film. Relying on the close collaboration of the Director of Photography and the Director, these two artists take us on a journey to the underbelly of a city which they masterfully accomplish through captured of images, seamless editing and a musical score that combines to become entrancing visual poetry”.

“It transforms the streets of Marseille into the setting for the film and makes the less represented France its protagonist”.

“It is a political-social commitment that mixes three heterogeneous formats. It uses animation as another way of documenting reality.”

AWARD TO THE ARTISTIC CONTRIBUTION TO THE CINEMATOGRAPHIC LANGUAGE

“It reinterprets classic genres with a brilliant aesthetic proposal and strong roots in popular Portuguese culture.”

“Because of the way Salomé Lamas treats the subject of identity and (not) belonging. You don’t exist if you have no country. Without an identity, you have no opinion. Without an opinion, you are invisible. In order to tackle this issue, she develops a radical aesthetic approach that perfectly fits with the underlying idea of rootlessness, confusion and disorientation, following the end of a falling system.”

Film: A VIOLENT DESIRE FOR JOY

“We note that this section of the festival has undergone its own revolution this year with the wealth of Spanish talent being joined for the first time by other European voices. And like the Endless Revolution of the section’s title, A Violent Desire for Joy demonstrates that historical and individual evolutions are inseparable.”

DELUXE offers the winner of Endless Revolutions the creation of a DCP master of his/her next feature film.

Also, DELUXE will decide special awards aimed to some of the Spanish directors who participate in the following sections: Official, New Waves or New Waves/Non_Fiction. This award is worth the creation of a DCP (Digital Cinema Package) Master for his/her next feature film project, being valued in 6.000€ maximum. DELUXE has decided to award the following prizes:

The young audience of the EUROPA JUNIOR/ CINEPHILES OF THE FUTURE section of the Seville Film Festival 2018 has decided by vote to award the following prizes:

CINEPHILES OF THE FUTURE AWARD

Directed by:  Denis Do

The audience of the EFA SELECTION of the Seville Film Festival 2018 has decided by vote to award the following prize:

The Eurimages Jury of Seville European Film Festival 2018, composed by and have decided to award the following film:

“For presenting a risky story with emotion, provoking feeling in the spectator, with a rhythm and a technical production in accordance with the format with which it is presented, using metaphors and symbolism with a marked social background.”