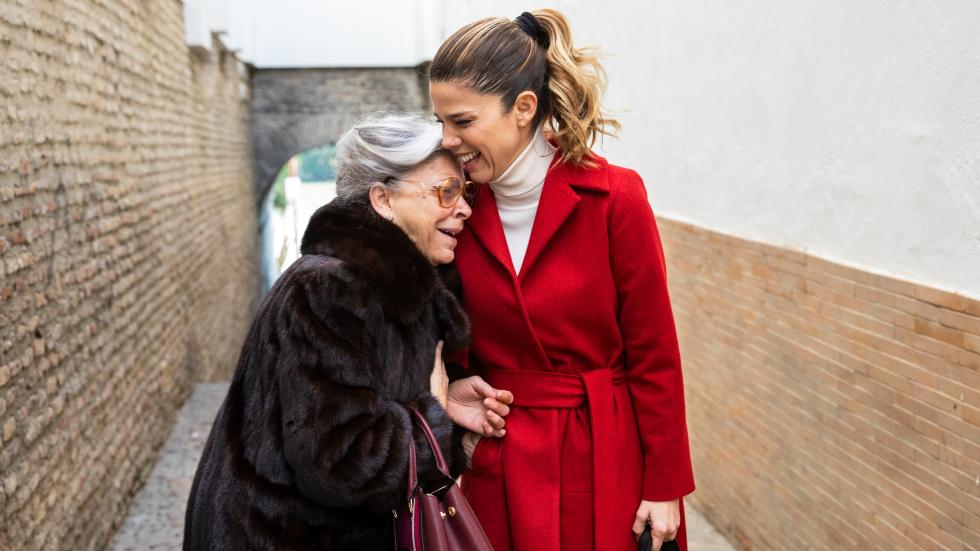 Juana Acosta and Kiti Mánver star in this film by Bernabé Rico with José Sacristán, Carlos Areces and Daniel Grao. It is well known that the real estate market is hopeless. So it was captured in a comedy tone by Juan Carlos Rubio's play that was adapted into this film, 100 m2, based on real events: the advertisements and sales of flats with tenants. Like the one Sara finds one day, a spacious, bright and suspiciously cheap house for sale. However, with a small "inconvenience": Lola, the seventy-year-old owner of the house, will live in it until she dies. However, it is a once in a lifetime opportunity that Sara decides to take and so, buys the house that comes with an irritating old lady.

Originally from Seville, he is a director, screenwriter and producer. Rico made his directorial debut with El inconveniente also co-written with Juan Carlos Rubio.  The film premiered in Malaga, winning the Audience Award and the Biznaga de Plata for Best Actress which went to Kiti Mánver, its protagonist from Malaga. He had previously directed four short films: Todos mis padres, Libre directo, Cowboys and Atracones.