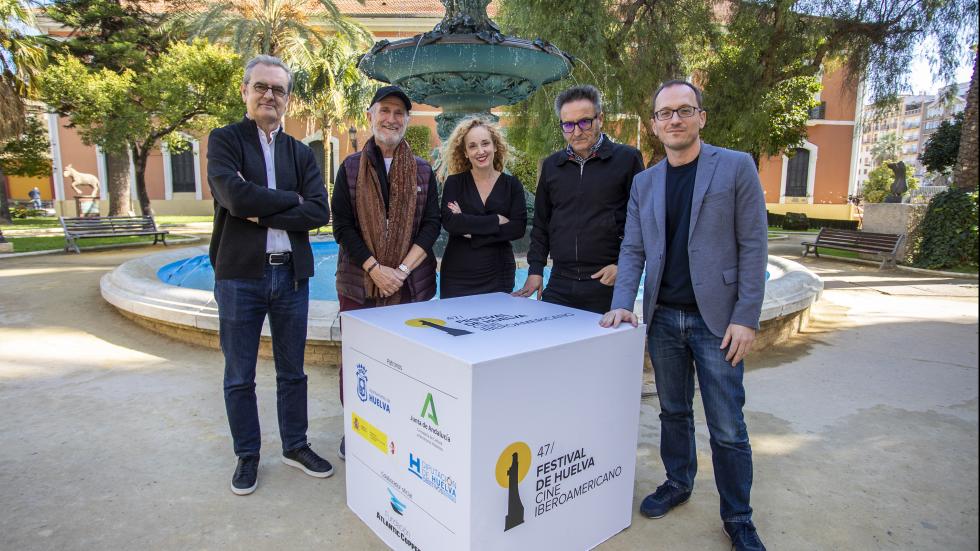 THE SEVILLE, MALAGA, SEMINCI AND HUELVA FESTIVALS REPORT ON THE ANNUAL ACTIVITY OF PROFESTIVALES21

Huelva, 18 November 2021. Within the framework of the Huelva Festival, an encounter was held last Thursday to coordinate Profestivales21, a professional committee made up by the festivals of Seville, Malaga, Huelva, the Valladolid International Film Week (Seminci) and recently joined by Sitges.

Taking part in the meeting were Mónica García Massagué, general director of the Sitges-International Fantastic Film Festival of Catalonia Foundation; José Luis Cienfuegos, director of the SEFF; Javier Angulo, director of Seminci; Juan Antonio Vigar, director of the Malaga Festival; and Manuel H. Martín, director of the Huelva Ibero-American Film Festival. The event enabled the participants to review all the activities that have been carried out since the creation of the coordinating body in 2020, as well as to discuss future projects, such as the Laboratory of Creation, which will begin in 2022.

Among the first joint activities of the Profestivales21 umbrella organisation is Cinephile Window, a pioneering educational project promoted by the Seville, Seminci, Malaga and Huelva festivals, in collaboration with Filmin, with the participation of elementary schools and middle and high schools, which to date has had a successful outcome with a total of 209,134 spectators. The activity has involved 943 schools and 1,475 teachers from Andalusia and Castilla y León.

The aim of the Cinephile Window project is to bring cinema to educational centres through a common objective: the cinematographic formation of future spectators in order to broaden their social outlook and aesthetic sensitivity through titles that deal with highly relevant social issues such as

sexual and family diversity, climate change and artistic creation, all films recently produced in Europe and Latin America backed by specialised critics, and several of which have won prizes at international festivals.

Through the Filmin platform, Cinephile Window offers schools a selection of twenty films: eight feature films and 14 short films. Among the 22 titles programmed, there are five animated films. The screenings of Cinephile Window also include didactic guides and 'Small-format ideas', additional clips in the form of short clips featuring the contributions of film professionals.