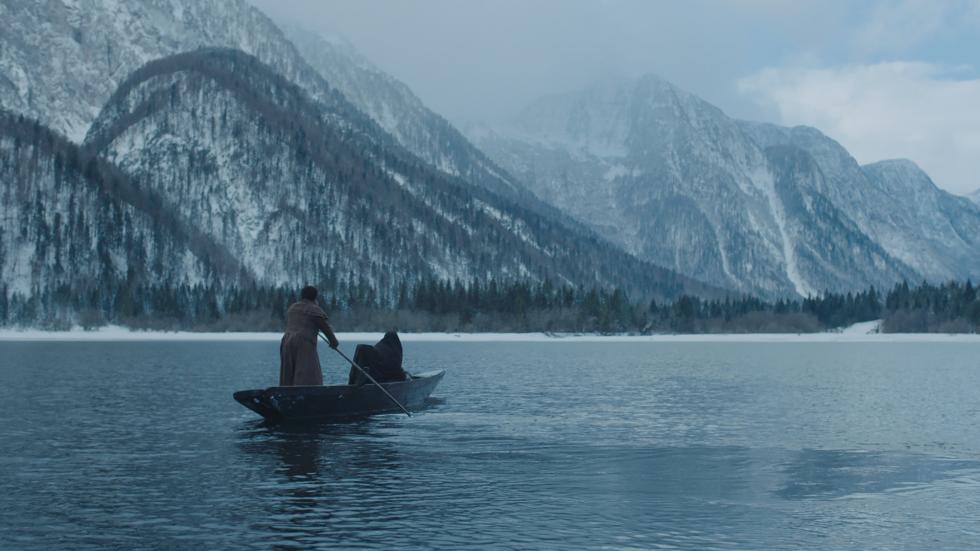 The year is 1900. Amidst the mist of lakes and mountains, we see a woman crossing unknown lands with a small box on her back. She is Agata, willing to do whatever it takes to make sure that her baby, dead at birth, is not condemned to an eternity in limbo. Her only hope is to travel to a place in the mountains where it is said that babies are brought back to life just long enough to be baptised. A journey in which she overcomes dangers thanks to the sisterhood and solidarity between women, in a mysterious feminist fable reminiscent of an anachronistic legend.

She was born in 1989 in Trieste, Italy. After graduating in Philosophy & Literature at the University of Pisa, she studied at Centro Sperimentale di Cinematografia (Rome), directing class. Her graduation short movie, The Sleeping Saint, premiered at Cannes Cinéfondation in 2016. Since then, it has gained international acclaim and awards in several international festivals. In 2018 she worked for the Maremetraggio Association, conducting the participatory video workshop Città Visibile, financed by Siae Bando SIllumina - Periferie Urbane in Valmaura, Trieste. Small Body, a raw fairytale, is her first feature and premiered in Cannes Critic’s Week.